Sadguru on Bhuta Shuddhi and how to cleanse your body naturally? 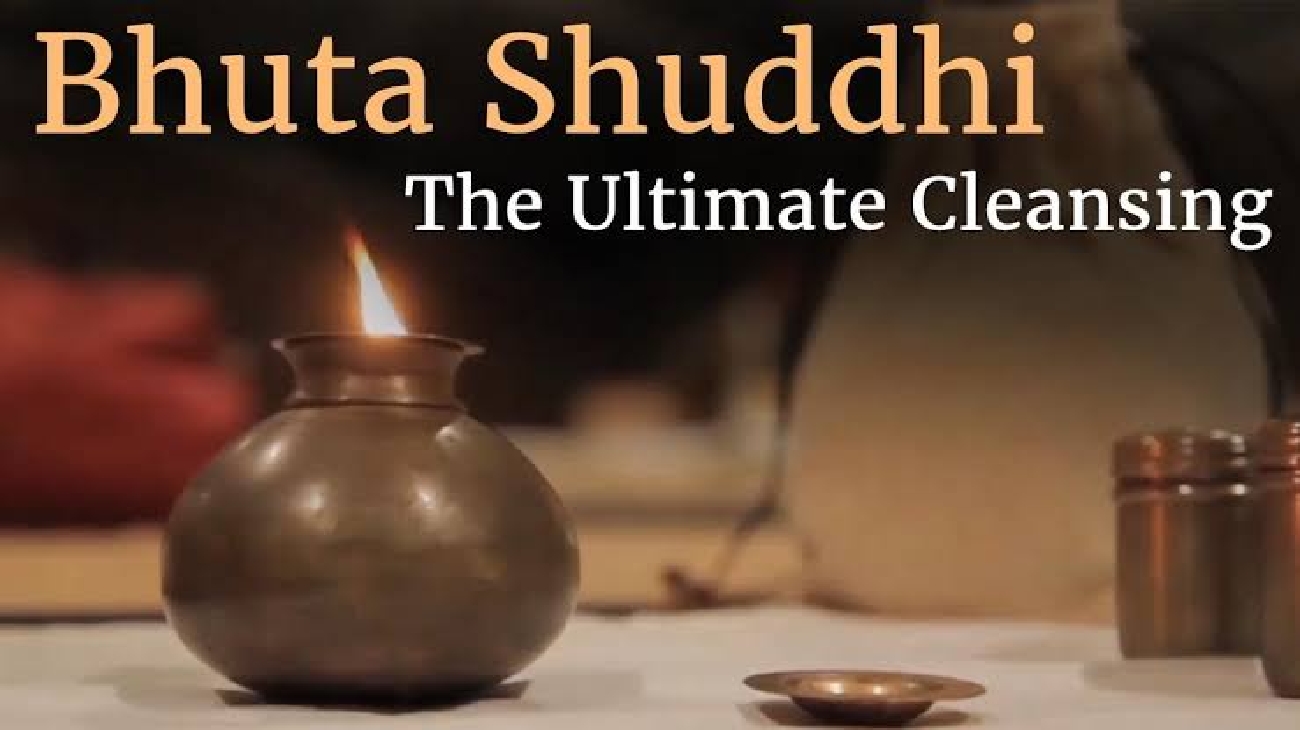 Sadhguru gave a logical and spiritual explanation on bhuta Shuddhi when the questioner asked about it. The whole explanation is help to cleanse your body naturally. Sadhguru is a spiritual guru and runs Isha Foundation along with millions of volunteers across the world

Questioner: Pranams Sadhguru, so I have listened to you saying that seventy percent of our body is water and if we drink the energized

water it really… we can have a grip on the body and mind.

Is it true with the air and food that we take?

Because in the city we have to live with the polluted air and the air-conditioned rooms in our companies, so could you please explain thebhuta shuddhi process and elaborate it?

Here what Sadguru answered on Bhuta Shuddhi: Process to cleanse the body naturally

If you tell your company,‘I’m willing to work without the air conditioner, they will be too glad.’ (Laughter) It would save them lot of money, isn’t it?

And… it would be good for you in so many ways but… (Laughter) but,.. now the city is not in that kind of condition where if you open your window, breeze will not come, smoke will come, smell will come, dust will come.

So… it’s good, convenient, but you don’t have to sit here twenty-four hours, only for work.

You can, take a walk whenever you can and anyway 72% is water, 12% is earth, only 6% is air;in that six percent air, air is not always in the breath.

Out of the six percent air that is here, it is only less than one percent which you are breathing.

For some people it’s concentrated in the brain, but otherwise in every cell in the body there is air.

So when you say air, it’s not just the breath.

Six percent air is in every cell in the body;just remove it a little bit from the brain, it’ll be good.

It’s good if it’s in the lungs, in the heart, in the muscles; they function better if there is oxygen, you know?

So maximum care should be taken about the water, because it’s seventy-two percent.

If you are going to an examination, suppose it is like this – let’s say you’re going for physics examination, you have water, earth, this, that, but just the water subject is for seventy-two marks, naturally you spend more time reading about water, isn’t it?

Air is only six percent; you may not study because you’re okay with ninety-four.

Water, you must study because it’s seventy-two percent.

You must take enormous care about the water because it’s seventy-two percent and it has tremendous memory.

If I open this water, even without opening if I say something to this water, it remembers.

There has been lots of experiments in this direction; So if you take this water from wherever the waterworks is and pump it to your house, let’s say it went through fifty bends, forced… pumped forcefully with a certain force which naturally is done and you are living on twelfth floor of the apartment, so further forced up.

Now they are saying if it goes through fifty bends, about sixty percent of the water has turned poisonous.

Immediately when it comes in the tap if you take it and immediately drink it, it will work as poison in your system.

If you take it and hold it for some time, it will undo itself again because the poisoning is not chemical, it is molecular; molecular changes are happening,

This is why traditionally your grandmother always told you, ‘Always you must gather the water, keep it overnight in your house in a properly cleaned vessel with vibhuti and kumkum on it and one flower on it.’ Yes or no?

Only tomorrow morning you drink it, not as soon as it comes inside your house, you don’t drink it because it carries all kinds of memories.

In very traditional homes people every day do pooja to the water pot, yes?

And you never drink the water as soon as it comes, you keep it, give it enough time to undo itself from whatever nonsense it has gathered so that

it is suitable for you when you drink it.

Next thing is food, because that’s the earth- twelve percent, still substantial, isn’t it?

So how food goes into you, from whose hands it comes to you, how you eat it, how you approach it; all these things are important.

Then comes your air, six percent, in that six percent, only one percent or less is your breath; rest is happening in so many other ways.

And it’s important especially if you have children, at least once a month, take them out somewhere, not to the damn cinema; again breathing everybody’s nonsense. The air gets affected just by the sounds and the intentions, and the emotions, all the rubbish that’s happening on the screen and all the rubbish that’s reflecting in human minds, of violence, of sex, of greed, of this and that is affecting that limited air in that hall in a tremendous way.

So instead of taking them to the cinema, take them to the river, teach them how to swim, climb a mountain… ‘Where is mountain, Sadhguru? Himalayas is so far away.’ Even a small hill is a mountain for your boy, yes? Even a little rock? just go climb and sit in one of them, children will enjoy it immensely.

So instead of going to the restaurant, instead of going to the cinema, instead of going somewhere else like that, at least once a month, it doesn’t cost you anything. Hmm? Doesn’t cost anything, you can take your rice and avakai and go and eat there, any way you have it. You don’t have to spend money on this, even better if you don’t want to spend money even on the bus or car; all of you cycle just three kilometers, five kilometers outside Hyderabad, sit on one rock, just spend time there, feel the sun… it’s very important you get some sun, air, good water, come back. You’re doing bhuta shuddhi in a very natural way.

Sunlight has not become impure, isn’t it? Get some sunlight every day, please. Get some sun on your body every day, because sunlight is still pure, isn’t it? Nobody can fortunately contaminate it. And what kind of fire burns within you, is it the fire of greed, fire of hatred, fire of resentment, fire of anger, fire of love, fire of compassion, what kind of fire burns within you? You take care of that, then you don’t worryabout your physical and mental well-being, it’s taken care of.

You may also like: Comedian Sourav Ghosh beaten for making fun of Shivaji Maharaj

The 2700 year old Lord Adinath Jain Temple located in Devaltand village of Kharsanwa Saraikela district could be one of the biggest visiting place...
Read more