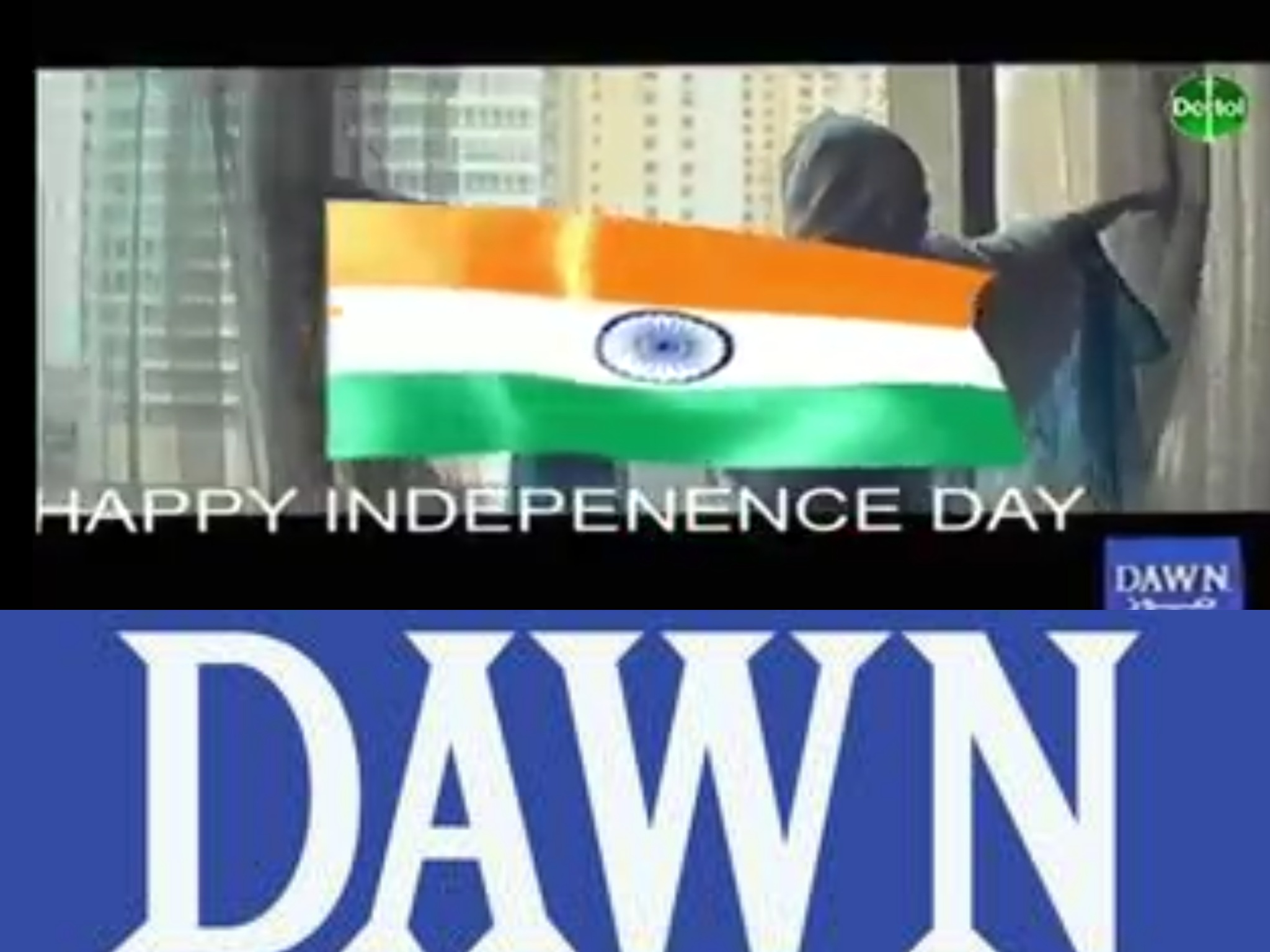 The Indian hacker hacked the Dawn news channel around 3:30 PM. Video of Pakistan news channel hacked is getting viral, where we can see Indian Flag waving on screen with the message Happy Independence Day.

News channel was featuring Dettol ad on-screen but suddenly viewers observed Indian Flag on screen. Along with the Indian flag, it was wishing happy Independence Day too. So many Pakistani went angry on twitter. They showed anger toward the Dawn news channel.

Dawn news channel said, “We are investigating the appearance of the Indian flag and message on our channel. Soon, we will inform our viewers as we investigate anything.”

You may also like: Chappal lost by Mumbai man in last year’s rain, returns floating him