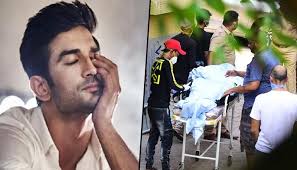 Sushant Singh Rajput ‘s postmortem done on the night of 14th June the same day he died. The Mumbai Police ordered Doctors for Sushant ‘s postmortem in midnight which proved this murder as suicide too.

Republic TV revealed that CBI went to meet doctors who did Sushant’s postmortem. They asked doctors about why postmortem performed on the same day midnight. On which doctors said that they got orders from Mumbai Police to do postmortem at midnight.

What questions this raises?

Who did give Magistrate order to perform postmortem in midnight ?

Postmortem happened on the 14 th of June. On next day, Sushnat’s funeral was done. Who was that one who wanted it all in a hurry? Because, once someone performed a funeral, it’s not possible to get that body back.

When one of the doctors talked with media in the past, he said that we did postmortem as Sushant’s sister Meetu wanted it. But, when CBI asked doctors, they said that they Performed it on orders of Mumbai Police.

After postmortem, on the next day, doctors declared it as a suicide and Sushant’s final rites done in the presence of family and friends.

Rhea allowed in the postmortem room. Officially, no one is allowed while performing postmortem. But, Rhea still allowed even in presence of Mumbai Police. Also, she said ‘ Sorry Babu ‘ to Sushant dead body.

Surjit Singh a hospital staff member who was present during postmortem reported this Incident. He said that Rhea was in the postmortem room for 45 minutes. She kept her hand Sushant’s chest and said ” Sorry Babu”. Surjit revealed it in republic TV. She also said that Sandip Singh must be in custody.

Sandip Singh was one who pretended as Sushant’s closest friend. But, the family of Sushant revealed that they didn’t know about Sandip Singh. He ordered an ambulance to take Sushnat’s dead body at Cooper Hospital even if Leelavati Hospital was close to the apartment.