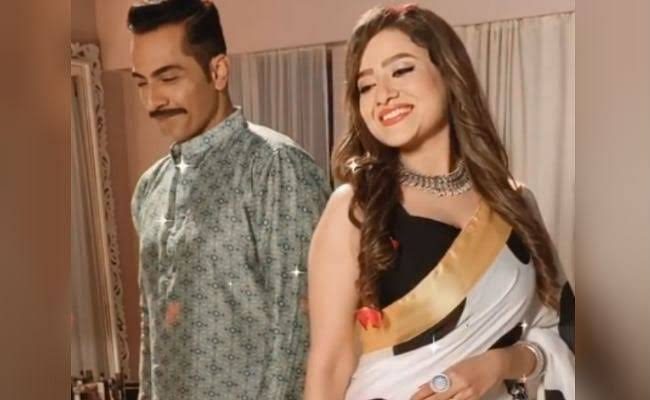 Anupama Serial on star plus is reaching new heights among the viewers. This Serial is already became one of the most popular serial in India. The character ‘ Kavya Gandhi ‘ is getting famous in Anupama Serial, but only few people know her journey as an actress.

Who is Kavya Gandhi and what’s her real name?

Kavya Gandhi is the character of Vanraj’s friend in serial Anupama, her real name is ‘ Madalsa Sharma. Madalsa Sharma is an Indian actress and model. Madalsa Sharma started her career with Telgu films. After Telgu movies, she acted in Kannada Movies. In 2011, she made her bollywood movie debut with ‘Angel’. She was the most underrated actress untill the serial ‘Anupama’ telecasted on Star Plus. Madalsa Sharma performing negative role as an Kavya Gandhi who always try to manipulate Vanraj.

Madalsa Sharma was born on 26 September in Mumbai. Her dad name is ‘Subhash Sharma’ who is producer and director. Her mother ‘Sheela Sharma’ was an actress. She completed her schooling from ‘Marbel Arc School’. She completed her graduation from Mithibai college in Mumbai. Along with her study, she joined acting classes at Kishore Namit Kapoor School of Acting. Also, she learned dance from Ganesh Acharya.

Madalsa Sharma married to Mimoh Chakraborty on July 10, 2018. Mimoh is the son of Mithun Chakraborty.