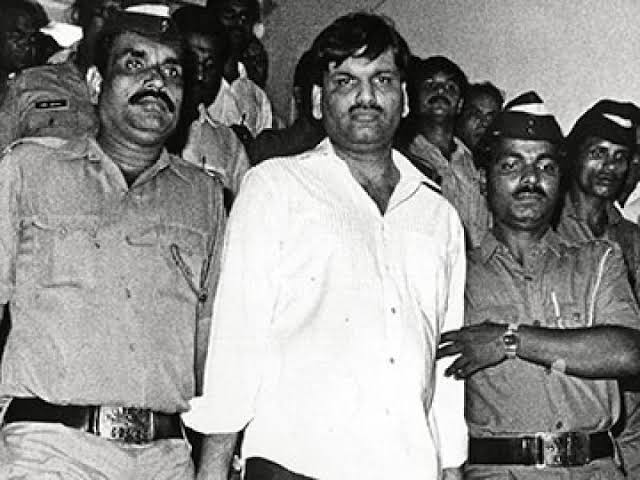 Harshad Mehta was born on 29 July 1954 at, Paneli Moti, Rajkot District in Gujarati Jain Family. He spent his childhood in Kandivali, Mumbai where his father was local business man. Harshad completed his B.Com in 1976 from Lala Lajpatrai College, Mumbai. After graduation, he worked a number of odd jobs for 8 years. He was not satisfied with his job as he wanted to make money to fulfill his desires.

Harshad started his job as sales person at Bombay office of New India Assurance Company Limited. During his job, he found his interest in stock market. He resigned from his job and joined brokerage firm. He worked as a jobber at firm and made lot of profit to the respective firm.

In 1984, Harshad Mehta started his own firm named ‘ Grow More Research and Asset Management ‘. He started trading in 1986, by the year 1990, number of people invested in his firm. During 1990-91, media portrayed image of Mehta as “The Big Bull”. Also, some magazines called him as ‘ The Amitabh Bachchan of Stock Market’.

Upto early 90’s, bank didn’t have permission to invest in equity markets. Mehta cleverly squeezed out the money from banks and secretly invested it in share market. He also promised higher rates of interest to the bank. But only if, bank transfer money direct to his personal bank account, under the guise of buying security for them for other banks.

Another scam used was of the bank receipt (BR). In a ready forward deal, securities were not moved back and forth in actuality.

Instead, the borrower, i.e. the seller of securities, gave the buyer of the securities a BR. The BR used to confirm the sale of securities. It acts as a receipt for the money received by the selling bank. Hence the name – bank receipt. It promises to deliver the securities to the buyer. It also states that in the mean time, the seller holds the securities in trust of the buyer. After figuring out this, Harshad approached bank who could issue fake BR’s.

On 23 April 1992, Journalist Sucheta Dalal exposed the scam of Harshad Mehta in Time of India. After investigation, CBI arrested Harshad and his brother for allegedly misappropriating 2.8 million shares of about 90 companies.

Harshad Mehta was under the Criminal Custody in Thane prison. He complained about chest pain at late night and admitted to Thane Civil Hospital. He died due to brief heart aliment at the age of 47 on 31st December 2001.

After Harshad Mehta passed away in 2001, his family had number of cases to fight in court in favour of Harshad. After 27 years of battle, income tax tribunal scrapperd entire tax demand of Rs. 2.017 Crores on Harshad Mehta, wife Jyoti Mehta and brother Ashwin Mehta in Feb 2019.

This same year, his wife Jyoti Mehta won case against stock broker Kishore Janani and Federal Bank who apparently owed ₹6 crore of Harshad Mehta since 1992. Jyoti was entitled to receive the entire amount with 18% interest.

Harshad ‘s brother Ashwin Mehta pursued his degree in law at the age of 50. Now, He is practicing in Mumbai High Court as a lawer. He alone fought all the cases against for his brother and cleared the Rs 1700 Crores of bank’s due.

There are no photo and no information regarding Harshad’s son Atur Mehta. He was never been in limelight.

How to Make a Good First Impression Before a Job Interview

8 Unique Ways to Style the Rings You Already Own

With all of the unique rings available today, it can be easy to get caught up in the newest trends and styles. However, sometimes...
Read more

How to Make a Good First Impression Before a Job Interview

In this article, you’re going to learn some practical tips on how to make a great first impression before a job interview. Are you scheduled...
Read more

The figures are evident: advertising is a critical expenditure for both large and small businesses. Companies across the world spend more than $500 billion...
Read more