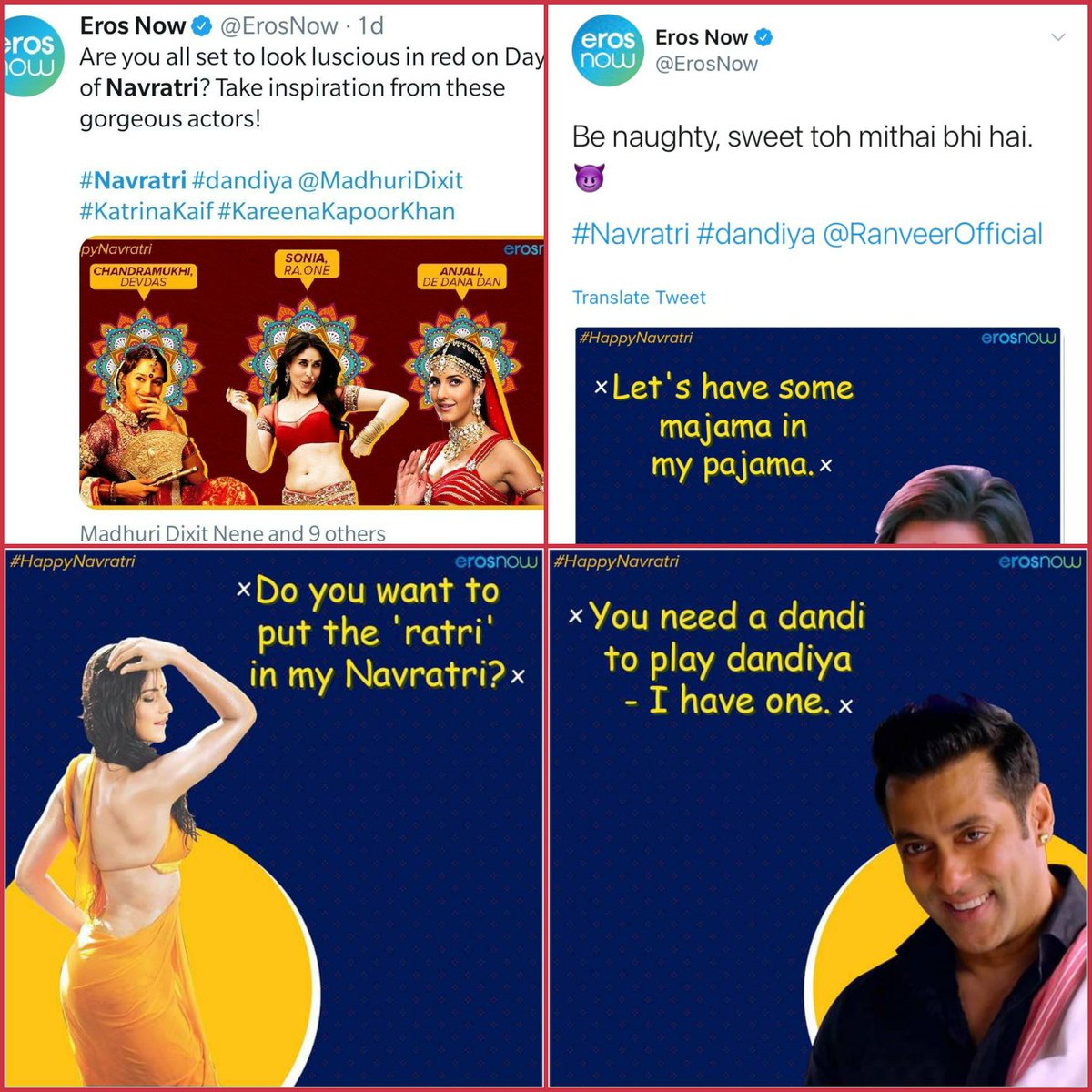 Eros Now hurt sentiments of Hindu Religion. They have wished Navratri in a very vulgur manner on their twitter. Also, on instagram, they are sharing the half naked pictures of actress to wish Navratri. Angry twitteraits started boycott Eros Now trend and made #boycotterosnow in top Twitter trend.

There is no any clarification from CEO ‘Kishow Lulla’ of Eros Now.

Tweets from Eros Now on Navratri

These are all the controversial tweets and posts by Eros Now. In case of other religions festival, they have showed decency. But, on Hindu Festival, Eros Now made vulgar posts and hurt fans sentiment.