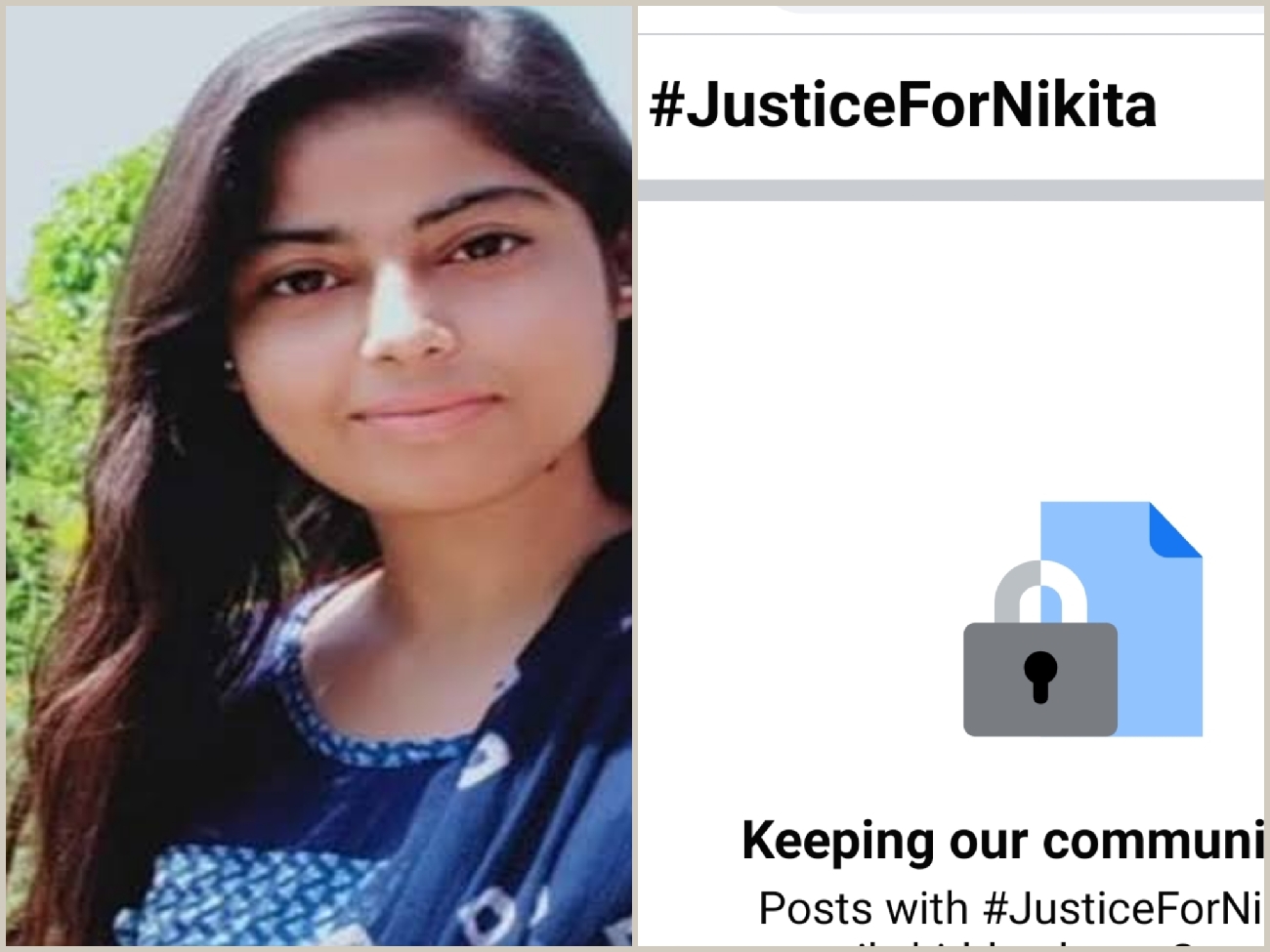 Nikita Tomar, a 21-year-old girl murdered by Tauseef in Ballabhgarh on October 27. Tauseef murdered Nikita when she rejected to convert to Islam and marry him. The whole outrage took a storm on social media with #justicefornikita, but Facebook hides every single post for hashtag justice for Nikita saying it goes against their community guidelines.

The incident gave a shockwave throughout the whole nation. People condemned this act by posting their opinion on #justicefornikita and Justice. Twitteraits made it a trending topic on Twitter and tagged all officials to took this case in a strict manner. People also used the popular platform Facebook to ask Justice for Nikita Tomar. But, Facebook hides all the post for #justicefornikita by notifying it against their community guidelines. Whenever user searches #justicefornikita in the Facebook search box, they get a notice that ‘ Keeping our community safe’.

The Facebook users felt it was a biased action. Because, already a lot of other hashtags on George Floyd, Sushant, etc. used to cover the opinions of users on Facebook. But, in the case of Nikita Tomar ‘s case, Facebook made it unable to show any post related to this hashtag.

Right-wingers said that Facebook biased towards Left-Wing due to this incident. But already, Left Wingers also accused Facebook of being biased towards the Right Wing. Facebook has already denied any biasedness towards any wing.

Who is Goldy Brar? Did he kill Sidhu Moosewala?

Currently the demise of famous Punjab singer and politician Sidhu Moosewala is getting viral across all the social media platforms. The murder action was...
Read more