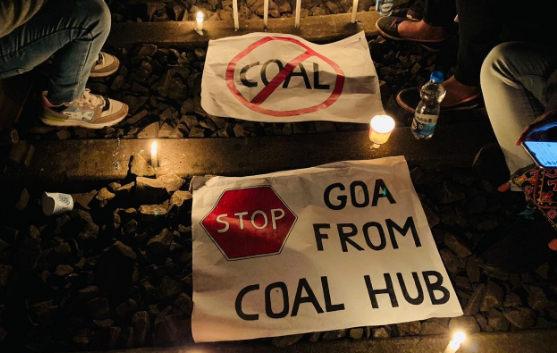 Over the past couple of months, Goa people are protesting against the government. People protest for Mollem National Park to save the environment by protecting diversity around the place. During the Lockdown, Government passed three large infrastructure projects. A railway, a Highway, and a transmission line are the projects to make Goa a coal hub.

People of Goa scared about the industrial changes in Goa. Goa is said to be the primary tourism locations, but the infrastructure projects around Mollem National Park and Bhagwan Mahaveer Wildlife Sanctuary in Goa will damage the natural environment ecosystem. Also, Goa could turn into an industrial hub. These two forest clearance for the projects will destroy 59,024 trees.

Already Save Mollem Campaign has been started. Over 150 scientists have written letters to the government. They said that these projects are environmentally detrimental. Over 180 architects wrote that it is a bad planning decision. Over 400 medical students have written that as we are in the pandemic. So, cutting more trees will give more zoonotic diseases to release. Over 70,000 people signed the petition to say that they are against these three larger infrastructure projects. Around 100 business in Goa, tourism, and other affiliated businesses have also said that these will damage Goa’s livelihood and a lot of our businesses

Protest in Chandor Village,Goa against these projects.

Five Thousand people gathered at Chandor Village on Sunday ( November 1 ). They hold midnight protests against the state government’s as govt is expanding the railway networks between Margao and Sanvordem. Local residents feel it is the start of the destruction of Goa’s ecological biodiversity.

Government’s take on this Save Mollem Campaign.

Already Goa has a good infrastructure. Despite this infrastructure, the Government is looking to speed up the transportation process by introducing these three projects around Mollem National Park and Bhagwan Mahaveer Wildlife Sanctuary.

CM of Goa, Pramod Sawant said that opposition is misleading people with wrong information. CM Promod Sawant said, “There are some who want to fool people with their propaganda. Nobody is speaking about the facts. No one wants facts. On all issues, people want to play politics and oppose.”