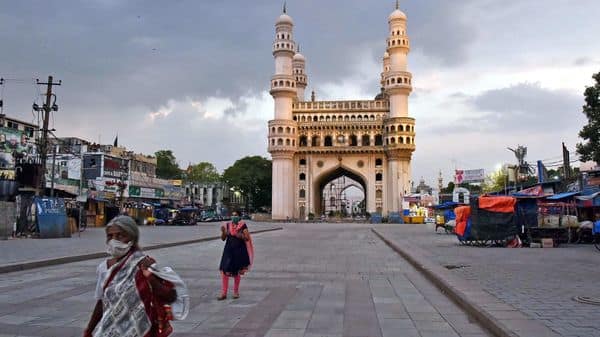 Hyderabad was firstly founded by Sultan Muhammad Quli of the Qutub Shahi. Quli founded this city to expand its capital. He was married to Hindu Mistress ( dancer ) named ‘ Bhagmati ‘. So, the city initially named Bhagyanagar. After marriage, she converted to Islam and got a new Islamic name ‘Hydermahal’. So, the city Bhagyanagar named Hyderabad in 1590.

According to Mughal, she was a prostitute of the village Shalibanda which was situated across Muse River. She was one of the many Hindu Girls who was termed as a mistress or prostitute. Sultan Muhammad Quli had taken Bhagmati as her wife. Bhagmati entered Quli ‘s life when he was a prince. There are long-lasting stories of their romance.

‘Baghnagar’ : The another ancient name of Hyderabad.

So Bhagyanagar, Baghnagar are the real ancient original name of Hyderabad after name itself Hyderabad.

Politics on the name of Hyderabad city

UP CM Yogi Adityanath on 28 th June did a rally in the city of Hyderabad. He promised that he will rename the ancient name ‘Bhagyanagar’ to Hyderabad city. Yogi Adityanath says that the name Hyderabad is the symbolism of Islamic oppression in India. This statement leads to the political fight between AIMIM and BJP.

AIMIM chief Asaduddin Owaisi said that ‘no one can change the name of Hyderabad. The CM’s generation will end but the city will continue to be called Hyderabad.’