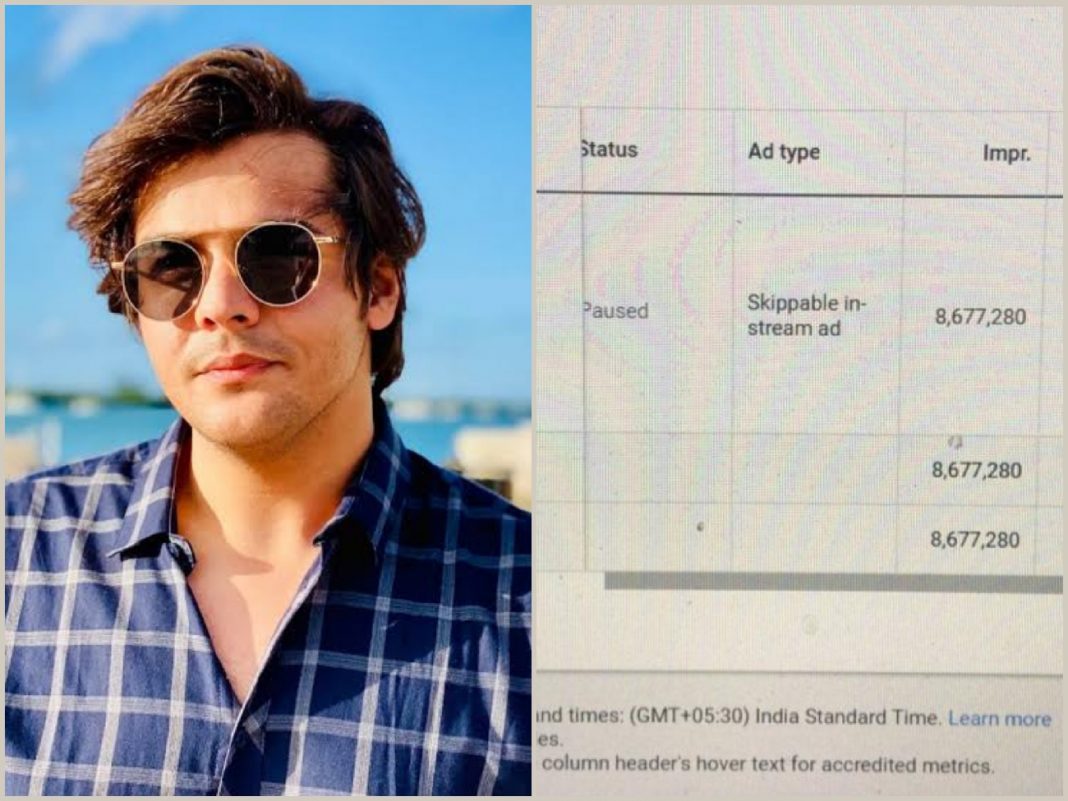 There is a screenshot shared across Twitter under hashtag #ashishchanchlanipaidviews. The screenshot shows that 5.57 Lakh Rupees spend by Ashish Chanchlani for Biig Boss video to get views of around 3.4 Million. It claims that Ashish spends around 6 Lakhs rupees on Google AdWords to get this many views. Ashish ‘s video got around 25 Million views in 3 days on Biig Boss videos.

The screenshot could be edited too. Because it is easy to make screenshot pictures like this. There is no live video that shows ad spending by Ashish Chanchlani, it is just a screenshot getting viral on Twitter.

What Ashish Chanchlani has to say about this ?

Ashish Chanchlani shows his anger toward this news on his social media handle. He claimed this all news as a ‘ Fake ‘. Ashish said ” if someone would have offered me this much money, I would start trend against myself. Someone has started this Twitter trend against me by spending money on a bots account. These are the people who want to grow by pulling down others.”

Ashish shared live Youtube Insights of his Channel. In which one can see that the 100% views were Organic. Also, 0.0% of views came from Youtube and Google ads. So, Ashish clear that he had no views from advertisements. All views original and Organic.

Who is behind the spread of this ‘Paid Views’ news?

Ashish Chanchlani didn’t mention any name in any of his tweets and video. He just made aware his fan of the conspiracy against him. Still, people are guessing some popular Youtube celebrity behind this. Because fans say that someone is trying to gain the fame of Ashish Chanchlani by pulling him down. There is no clear name about the start of this controversy. Ashish says that someone is paying to Twitter Bots to make trend against me.