Are Jeremy Zucker and Chelsea Cutler in a relationship and dating each other? 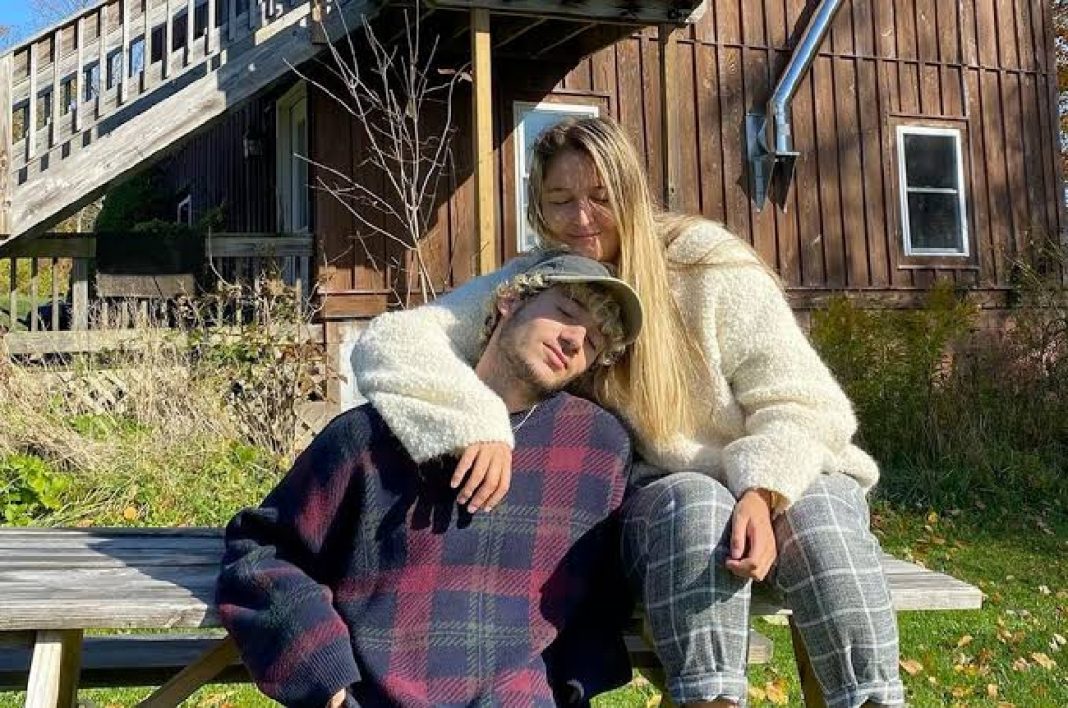 Jeremy Zucker, 24, is an American singer and songwriter too. He got fame in 2015 with the release of his song ‘Bout It’, featuring Daniel James and Benjamin O. The song was a critical and commercial success for him. The song reached millions of plays on Spotify and SoundCloud. Jeremy Zucker is mainly also popular for his songs “all the kids are depressed” and “comethru”. Both the song combined accumulated around 300 Million streams on Spotify. Jeremy released his first of nine EPs in October 2015 to widespread acclaim. His family has a musical background which really helped in his initial days.

Chelsea Cutler ‘s life started changing after the release of her song ‘ Your Shirt ‘ in 2016. Her streaming success led to collaborations with established acts such as Louis the Child and Kasbo. Chelsea ‘s first EP, Snow in October, released after singing with Ultra Records in late 2017.

Relationship between Chelsea Cutler and Jeremy Zucker, are they dating ?

Jeremy Zucker and Chelsea Cutler collaborated for many romantic songs. Their On – Screen relationship in songs make it doubtful to many? whether they are dating or not ?

Jeremy and Chelsea ‘s first collaboration was for the song ‘ You Were Good to Me ‘. The song written by both was about love and its beauty and tragedies. Their EP, brent, also featured, please. A song which was about a relationship on the brink of collapse. But, held together by the undeniable attraction between the couple. Brent II is likely to release in February 2021. But, the project’s lead single, ‘ this is how you fall in love ‘ is already out.

Jeremy and Chelsea ‘s romantic songs have led some to assume that they are likely in a relationship. But, there is nothing between this duo. Chelsea and Jeremy are friends, they are not dating nor they are in any relationship. Both are just partners in music and friends.

How Jeremy and Chelsea met each other ?

Jeremy and Chelsea met in 2016 at the party at the University of Connecticut. Zucker had flown in to perform at an outdoor fraternity party at the University. Chelsea was also in as her best friend who was already on campus invited her. Jeremy noticed Chelsea and told Uranium Waves that he is already a fan of her music. Still, Chelsea was the one who approached Jeremy first.

“I was already a fan of her lovely covers of pop songs. Right when I come off the stage, this girl comes up to me and says, ‘Hey Jeremy, I’m Chelsea Cutler.”

This pair became good friends in so meantime. And, after their meet in Connecticut, they realized that their different musical styles complimented each other. Chelsea explained: “Jeremy and I stayed in a cabin in Connecticut last year when we wrote out the song ‘better off.’ Those time inspired some of our best writing, so we decided to go back a year later.”

“’ you were good to me’ is the first song we wrote up there and showcases, to me at least, how well we bring out the most honest artistry in each other.” This pair collaborated in Brent before launching their debut album. In the quarantine period, both reunited to make music for the second album Brent II. It is likely to release in Feb 2021.

Whom Jeremy and Chelsea are dating now ?

According to sources, both of them are really focused on their Music. They both are not dating anyone. Jeremy is single and had one relationship in past. While Chelsea had a couple of relationships. But, now, she is single.