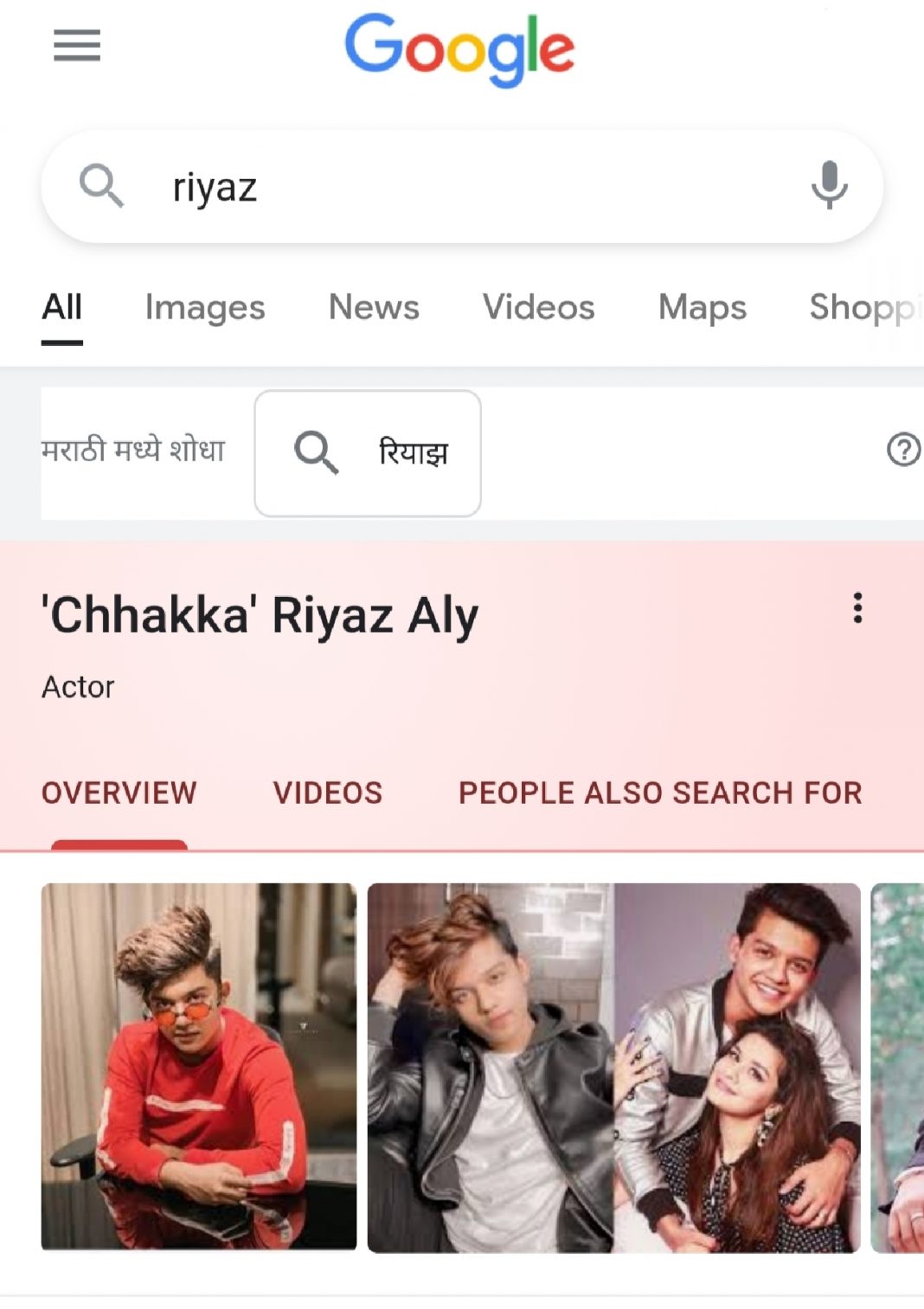 Whenever someone searched ‘ Riyaz ‘ on google, it showed a snippet about TikTok Star Riyaz Aly with his photos and full name as ‘ Chhakka Riyaz Aly ‘. But, now it has been updated by Google.

Who is Riyaz Aly ?

Riyaz Aly is a TikTok famed artist who makes lip sync videos. He is also one of the popular Instagram Influencer with 11+ Million followers. He was born on 14th September 2013. He is just 17 years old as of now. He came from the small-town Jaigaun of Bhutan. He started his journey with TikTok videos and became famous in a meantime. After that, he shifted to Mumbai as he got offers for a lot of collaboration videos from Mumbai’s TikTokers. Nowadays, he lives in Mumbai. He also appeared in Bollywood’s female singer Neha Kakkar’s video.

Is Chhakka Riyaz Aly the real name of Riyaz Aly ?

No, The Chhakka Riyaz Aly is not the real name of him. His real name is ‘ Riyaz Afreen’. But, after fame, he used his name as Riyaz Aly. A lot of his fans also call him ‘ Chhakka ‘. So, Chhakka is one of the popular and fan-made for him. In Hindi ‘Chhakka’ is simply referred to a person having a bisexual identity. Till yet, Riyaz Aly never ever talked about being bisexual. He always referred to himself as a male guy.

Google showed the name ‘Chhakka Riyaz Aly’ on it’s searches as this name became popular on social media. But now, after receiving official complaint, Google updated this name back to original one.