Did Lana Del Rey burn Bible ? What is the actual reason ? 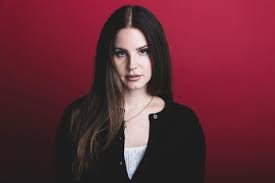 The news spreading on Social Media telling that singer Lana Del Rey burnt Bible and disrespected the religion. But, how the news came and did lana really burn Bible ?

Who is Lana Del Rey ?

Hashtag of her name #lanadelrey has around 1.4 billion views and is full of her singing content. Her music is in most of the viral and trending videos of TikTok.

Did Lana Del Rey burn Bible? and the controversy.

The singer lana accused of burning bible as many social media users started spreading this news. The rumours started after her recent image on TikTok. You may have seen image of Lana on TikTok as her fans formed some type of cult.

Lana Del Rey changing her TikTok profile pictures to a some type of image of artist’s face Infront and burning car in background. There could be possiblity that the rumour of Lana Del Rey burning Bible started from the image. Many social media users claimed that there is a burning Bible in the picture.

Many fans responded to this rumors as totally fake. But, she didn’t burn any Bible.

There are two possibilities of this rumor. First is due to her recent picture of burning car in background. Many people claimed that Bible is burning in the car of the picture. But, TikTok creator @amberredhead supported singer and disproved the rumor in a video saying the image involves burning car and not Bible.

Second possiblity of the rumor could be due to the another hit song. The song ‘ Teen Idle ‘ is popular song released by artist Marina. The song contains the lyrics ” instead of being sixteen and burning up a Bible “. Many users possibly sparked the confusion between two female artist due to their kind of similar voices. So, there could be possiblity that rumor started as ‘ Lana del Rey burn Bible ‘ due to this uncertainty. But, still it is just a guess.

No one really knows how this rumor generated.