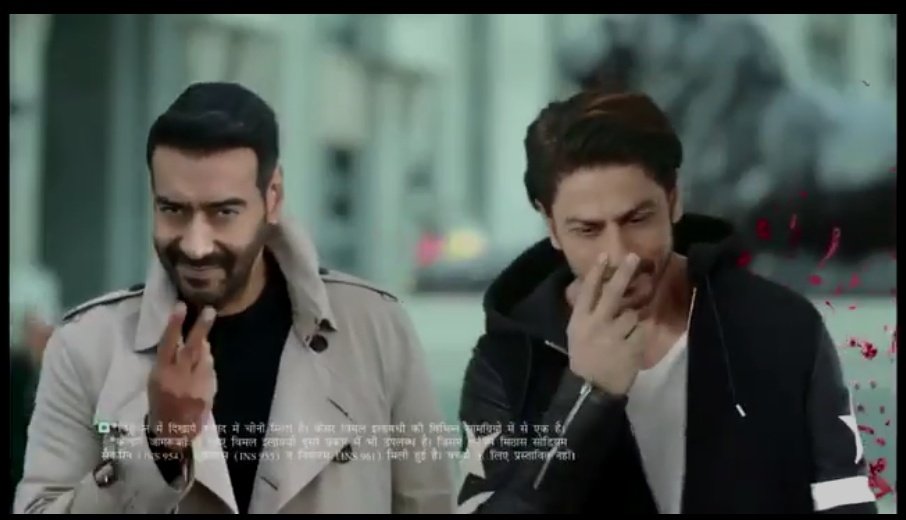 First Ajay Devgan promoted the Vimal Tobacco ad. Lot of memers made Meme on Ajay Devgan doing Tobacco ad. But still he continued with it. Now, most shocking thing was to see SRK in the Tobacco ad. In ad one can see that Ajay Devgan is following a man from whom fragrance of Saffron is coming. At the end, when he meet with that man, the man is non other that Bollywood’s Badhshaah Shah Rukh Khan. Then, Shah Rukh Khan says, ” Dur kitna bhi jao lekin iss Zubaan se dur na ja paoge. Vimal, Bolo Zubaan Kesari”.

Lot of SRK ‘s fans expressed disappointment after seeing him doing Vimal ad. Many of them started making memes to troll SRK along with Ajay Devgan. Trend of Vimal started on Twitter just after the reading of the video.