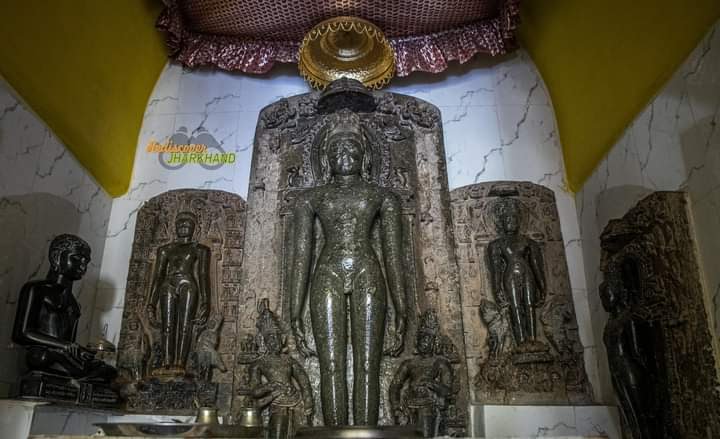 The 2700 year old Lord Adinath Jain Temple located in Devaltand village of Kharsanwa Saraikela district could be one of the biggest visiting place for Jainism. The idol of Lord Adinath also known as Rishab Dev who is the founder of Jainism is located in temple since 2700 years. Tirthankar Bhagwan Mahavir once performed his chaturmas (4 months stay) in this village too.

MP Sanjay Seth demanded for betterment of this Jain Temple.

MP Sanjay Seth demanded to make this village a better place as it could be one of attraction point for Jainism in state Zharkhand. Lot of Jains are not aware of the Adinath Temple of Devaltand and the one who are aware can’t visit it easily. Because ,the road connectivity is very poor. Aapart from that, it’s hard for visitors to stay at that place. Sanjay Seth thinks that making this place better will add some extra revenue for state tourist and also will develop the local businesses due to frequent coming devotees. This place could be great TitrthKshetra for Jain in future.

The temple is located in tribal area of Zharkhand state. So, the temple is managed and worshipped by the local tribal people of Devaltand village. The people living in this village are called as a ‘Sarak’. They were earlier Jains and now look after this temple. Devaltand means the place of Dev. One can visit this village and get the traces of Jain temples. Also, Bhagwan Mahavir the 24th Tirthankar of Jains performed Chaturmas in this village. So, it could be the one of precious TitrthKshetra for Jains.

Most of the part of the temple renovated as per mordern construction. But, idol and some of the inner architect of the temple is still 2700 years old. Soon, this place could renovate and become Jain TitrthKshetra if government approves MP Sanjay Seth’s appeal.

Pictures of the Temple

Is Bhagyanagar the original ancient name of Hyderabad ?

What does OP mean in Gaming? doesn’t mean Original Poster.

Is Bhagyanagar the original ancient name of Hyderabad ?

Hyderabad was firstly founded by Sultan Muhammad Quli of the Qutub Shahi. Quli founded this city to expand its capital. He was married to...
Read more

What does OP mean in Gaming? doesn’t mean Original Poster.

What is Aura? How could it bring magic in your life?

What is called Aura ? In simple language, Aura is an energy field around any objects, animals, and person. .Everything has its Aura surrounded with...
Read more

Netflix, Inc. happens to be one of the most successful entertainment mass-media-companies of all time. Netflix, Inc. originally began its inception in 1998 by...
Read more