Release date of movie Rocketry:The Nambi Effect and about scientist on whom movie based on ? 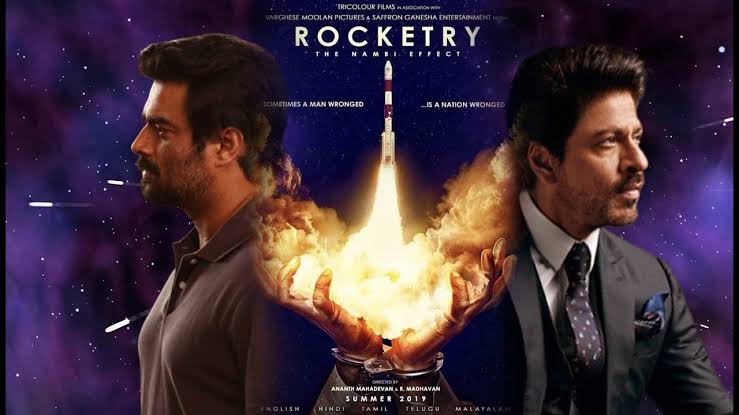 R Madhavan starring Rocketry The Nambi Effect is based on Former ISRO scientist and aerospace engineer S. Nambi Narayan. S. Nambi Narayan was born into middle class Tamil Brahmin family. He raised in South India and completed his M Tech degree from engineering college in Thiruvananthapuram. Sarabhai suggested Nambi for pursuing higher education in rocketry. Nambi earned NASA fellowship and enrolled into Princeton University in 1969. He did Master’s programme in chemical rocket propulsion from Princeton University. United States offered him job for his excellency in liquid propulsion. But, he chose to work for ISRO India as ISRO was not competent to other countries. Nambi wanted to bring liquid fuel technology in India when India was dependent on Solid propellents.

Nambi Narayan built first ever liquid fuel rocket for India and launched it successfully. After that, he took big projects on behalf of India and ISRO for other countries too.

But, in 1994, he falsely charged with espionage and arrested. There was a charge on Nambi that he shared secret defence information to maldivians officer. In 1996. CBI proved him innocent. In 1998, Supreme court found that he was falsely charged in the case and dismissed him.

During the period between 1994 – 96, lot of things politicized around Nambi Narayan. He proved as an anti-nationalist and was attacked by mob. But, Narayan always expressed his love for India and shared his dream to make ISRO big.

R Madhavan is directing movie for first time and making his directorial debut with this movie. Also Shah Rukh Khan also made cameo in a movie as a ‘Suriya’ character. Release date of movie Rocketry The Nambi Effect is not clearly given in it’s trailer. Because, they said that movie releasing in Summer 2021.

Audience can expect the movie to get release in month of May or June. Makers want movie to have theatrical release. But due to COVID outbreak, most of the theatres are not open. So, it’s not good decision to release movie during such period. Makers are expecting to get theatres reopen within a month. Otherwise, Rocketry movie shall release on OTT platform.

What is Sidemen Plus Leaked Controversy? The Sidemen area unit one in every of the United Kingdom’s preferred YouTube teams. speech act over thirteen million...
Read more

Watch Sidemen Plus for Free wth a link mentioned in this article. What is Sidemen Plus? The Sidemen area unit one in every of the United...
Read more