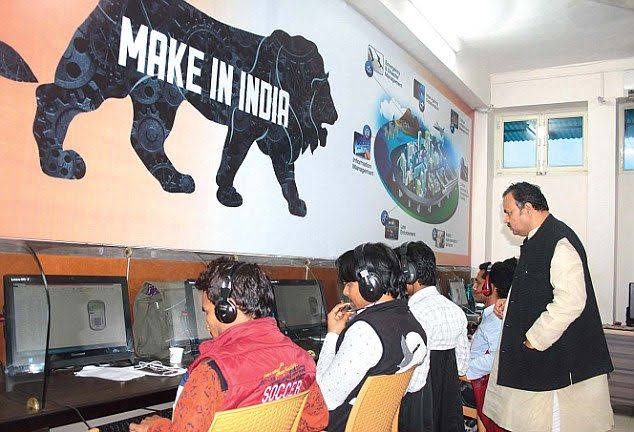 A viral message has a link with message “Join BJP IT Cell today and get minimum of Rs 300 per day as a salary to help BJP to win elections”. This viral message has website link ‘ http://www.bjƿ.com ‘. Now if somone look at this website, one would think that it is an official website of BJP. But, ‘P’ letter from BJP which used in this link is ‘ƿ’. ‘ƿ’ is a latin letter which called as a ‘wynn’. Official website of BJP is https://www.bjp.org. When somone click that viral link which is spam, it redirects to ‘http://www.xn--bj-o1a.com’. That spam fake link is not active now. One can join BJP by visiting their official website. They have enabled registeration for people to join BJP.

What is the salary of BJP IT Cell Member ?

As viral message claims, Rs 300/ day as the salary of BJP IT Cell member is not true. As BJP have the highest number of party Karyakartas, they participate in all online hashtags, activities encourage by BJP. Karyakartas don’t get paid as they all work for party’s ideology to make it stronger.

BJP says on their website, “BJP IT Cell, this is a group of selfless people working for the party and social interests and working in the IT sector. This is not a business establishment or company to which you will benefit financially by joining. Please do not join here for the purpose of job or financial benefit. If a person or a link to the Internet assures you of this, please consider it to be untrue and do not believe it at all “.

Only the people who manages social media strategies and online movement from BJP are the paid ones. All the Karyakartas do participate in those online movement and make it trend. So, BJP IT Cell Member has no salary it’s just a group of selfless people taking part in online hashtags.