Is IPL match fixed and scripted already ? or it is pure real game. 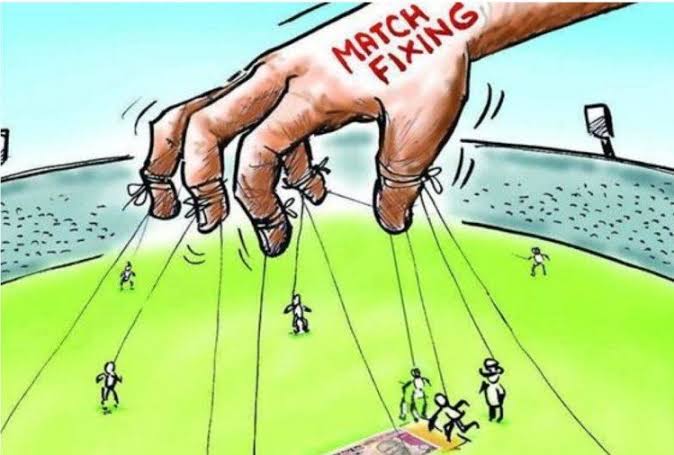 IPL also known as Indian Premier League has now become a thousand crores of business. IPL is a perfect 2 months of entertainment package for Cricket Lovers and make people stick to the end to watch the full match. So, most of the people also think that IPL match is already fixed and scripted to make it more entertaining. So, is it really fixed ?

IPL is founded by BCCI ( Board of Control of India ) in 2007. This IPL gather crores of viewers in it’s first year and response was more than good. So, it continued every year during summer.

IPL makes revenue from Media Rights, Title Sponsorship, Ticket Sales, Prize Money, Merchandising. Star sports signed 16,374.50 crores of five year contract in 2018 for media rights. This is one of the biggest amount IPL get through only media rights. Then, offering title sponsorship to brands like Dream 11, Vivo IPL makes good amount of money. Vivo signed five year contract with IPL in 2018 for 2188 crores of rupees. But, after boycott china trends, they withdrew the title sponsorship. Now, Dream 11 signed it for 222 crores rupees per year.

Ticket Sales also generate a good money but due to COVID, the revenue stopped from ticket sales. So, there are multiple ways to make money from IPL and it is one of biggest profitable business model.

Signs that points IPL match is fixed and scripted

A sting operation conducted by India Today in 2013 gave hint about already fixed and scripted match in IPL. Sting operation of two bookies fron Dekhi conducted. They said that this IPL is controlled by their masters seating in Karachi and Dubai. Bookies says that, ‘ each and every ball played in this two month long tournament is already fixed. Everything is decided before the start of the first match including finalist and winners ‘.

On 11th Oct, 2020, Mumbai Indians and Delhi Capitals had tournament. At that time, official Twitter page of Mumbai Indians tweeted,
“Pattinson is sharing the new ball with Boult!

This was the tweet from Mumbai Indians’s Twitter page just before the start of the match. The final score that Delhi Capitals made was 162 / 4 (20) which is way close to predicted tweet.

3 .Frequent matches with a win by just one run

The repeating matches where team won by narrow margin of one run. It is rarely happen in One Day Cricket, International Cricket and Test Matches where team win with margin of one run. But in IPL, it happens in a frequent pattern. In 2019, it is reported that in IPL, every 1 in every 10th match ended with a win by just 1 run. Whenever, there is a situation like ‘need one run to win’, ‘match changes in last 4 overs’, there is a Ultimate and engaging spike in number of viewers.

International bookie revealed about match fixing in IPL. He did fixing in past and said, ” I give you a red watch, you wear a red watch. In the IPL five t-shirts will be the full size, five will be half sleeves. A player bowls the over in full t-shirt, that is the signal.” He also added, “They are well signaled in advance. In every IPL match, the signals are purposely not shown on the live broadcasts.” So, signals like wearing watches, full and half sleeve t-shirts are all fixed to give signals among players. He also says, signal wide could be a sign that next ball must be six or wicket. These a things were revealed in an investigation done by ICC’s anti – corruption team.

Apart from these coincidences, there are many coincidences and pattern of match fixing can be seen if one observes IPL carefully every year.

Why IPL is not banned if it is fixing matches ?

There is no solid proof of match fixing. The every signs that mentioned above of fixing in IPL could also be term as just coincidence by anyone. IPL is a billion dollar business game in India and 6th biggest league in the world. gives lot of taxes to government.

IPL has offered platform to lot of new comers to play in mainstream cricket and fullfill their dream of becoming cricketer. Many people are getting entertained, advertisers getting platform to promote their products, channels like Star Sports Hotstar getting lot of subscribers, BCCI is earning in billions, people can bet lleagally with Dream 11. IPL is basically Win-Win situation for everyone from government, cricketers to the public. So, there are no chances that there would be any national agency will investigate about fixing in IPL matches untill there is a public pressure.