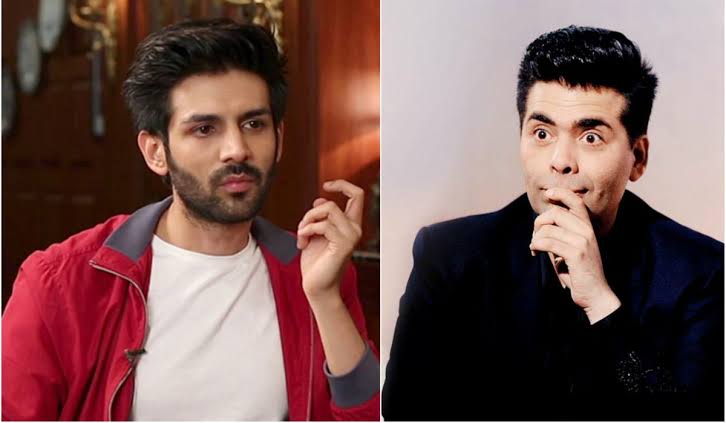 Reason why Dharam production decided not to work with Kartik Aaryan

There was an announcement in 2019 that Karan Johar finalized Kartik Aaryan for Dostana 2. But, shooting didn’t start due to pandemic. Now, when it was time to start shoot, Kartik Aaryan had problem with dates and had some creative issues.

Sources said, “As Kartik was tested positive for COVID, Karan didn’t force him for shoot as actor had genuine reason. But, as soon as Kartik became normal, he went to shoot for movie ‘Dhamaka’. Karan Johar disappointed with him as he promised to start Dostana 2 shoot.”

Kartik then did something unthinkable for Dharma Banner. Dharma Production decided to make ‘ Yoddha ‘ movie for which they approached Shahid Kapoor. Kartik disappointed as he was not approached for the role. This made fallout between Karan Johar and Kartik Aaryan.

Now, Karan Johar started shoot of Mr. Lele with Janhvi Kapoor and Vicky Kaushal. Who will be the next actor in Dostana 2 is not decided yet.