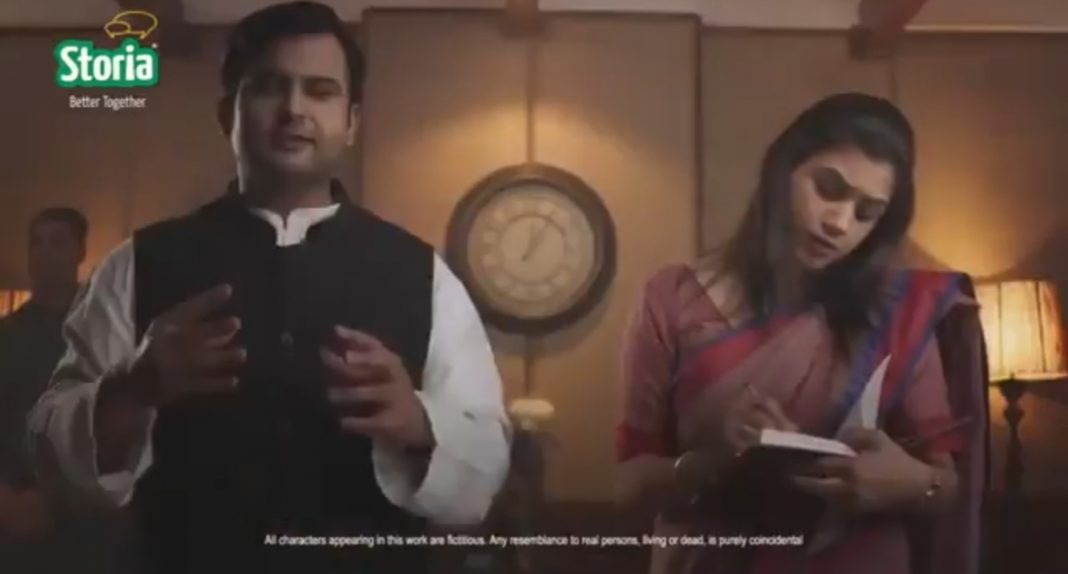 Storia Foods & Beverages Pvt. Ltd has launched it’s 360 degree ad campaign. Under this campaign, they released three ad video of 45 seconds. It’s one of the video became the part of controversy now.

In the advertisement, one can see the Sanket Bhosle who did mimicry like Rahul Gandhi. In such way, Storia Foods promoted their product with an 360 ad campaign which they recently launched.

In ad, son disappointed as his milk shake over and said to her mother that, “I will make machine that will need grass from one side and will give milk from other side. On which her mother, says that the machine is non other than cow.

As taking advertisment as an insult of Rahul Gandhi, Congress workers went to Storia ‘s Andheri Office and broke chairs and vandalised office. They also chanted slogans of Rahul Gandhi Zindabad, Sonia Gandhi Zindabad with a flag in their hands. Police came and tried to sort out the whole matter in their own way. They made workers to leave the place and negotiated between company and workers.