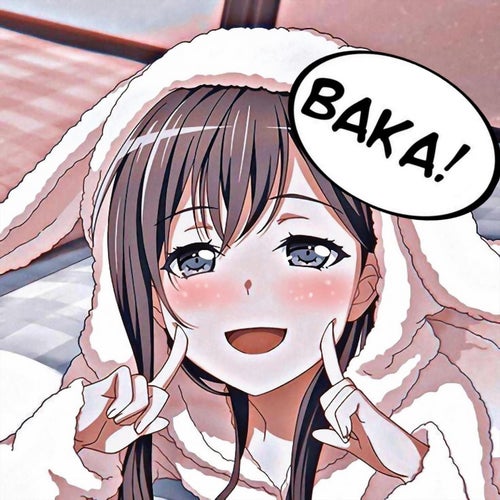 What does Baka mean in Anime?

Are you Wondering what Baka mean in Anime or Tiktok ? You might have heard the word if you speak the Japanese language. Even if you do not speak the language, you must have heard on Tiktok or Anime. It is a very famous word or can be said a viral word on Tiktok. Also, lot of anime meme of Baka started circulating on Interent.

“Baka” is a Japanese word that stands for insane, silly, or out dumb.

There are numerous origins of this word-

Where did the word Baka is use?

Despite knowing the word’s exact origin, the Baka word was used in the fourteenth century, when it appeared in the authentic epic the Taiheiki.

The word Baka was also used in English at the time of World War II. It was the Japanese military who utilized human-directed rockets in Kamikaze assaults. The American officers called such a specialty Baka.

What does the word “ Baka ” mean on Tiktok?

Tiktok now is no more an entertainment but has become a necessity. The App has now become one of the reasons for creating enormous challenges and trends.

Not to mention its ability to make videos viral, but the App also has its slang. And some newest word creators have created the word “Baka.”

Since there are so many trendy words that go viral and the list always goes up. So, it becomes tough to remember all the words.

Thankfully, the word “Baka” is not tough to remember, and that is because of its original meaning.

Many Tik Tokers claim the word means stupid, dumb, or idiot. But everything depends on the tone, how you say.

Can- Use in a friendly tone

You can call your friends “Baka” playfully or in a friendly tone. Try not to overdo or call them for long as it can get offensive.

Let’s talk with an example-

Suppose one of your friends is trying to bring out one shoe of the pair that somehow fell into the pond.

And when you try to bring them out as friends do, you can very playfully call them “Baka.” Trying to make the situation not too serious and simultaneously not offend your friend.

So, this is how you can use the word.

Can’t- Use it for a stranger or to your seniors

You should or never use the word “Baka” to a stranger. Even if your intentions are not meant to insult the person and pass a joke, using that word is absolutely a wrong idea.

The people might laugh on the surface, but deep down, they would not be talking the word very rightfully.

It is incredibly offensive to use the word Baka to someone whom you don’t know.

This goes hand in hand with “Seniors” too. You should always avoid using the word “Baka” to someone who is above you.

The list includes bosses, Teachers, Supervisors, or Seniors in the family or friends. Mind that even if you are a descriptor, never use the word and try to choose a different word that is more casual.

The word that similar to “Baka.”

The word “Baka” does not have just one word meaning Stupid or insane. Instead, the word has got its synonym too.

Just like “Baka,” “Aho” also has a similar meaning, and the usage of this word also stands the same.

However, the location of using this word varies a bit. The term “Aho” is used in the Kansai area (Kyoto/Osaka).

People use the word “Aho” quite a bit, similar to how “Baka” is used in Kanto (East Japan). Their lies the similarity of using the word.

Opposite ways while using

There are different tones and usage of both words. While using these two words, the meaning lies the same, but the style becomes entirely different.

In Kansai, “Aho” word is used frequently among the people of Kansai. The word gives a muted impact or is lighthearted or insulting on a meager scale.

“Baka” is used in a very general term and does not fall an offensive or colossal impact on the people using the word.

This word is used among friends or even on everyone with whom a friendly relation can be maintained.

But “Aho” has a powerful effect. Using this word would have a powerful impact on the abused person.

This word is not used very frequently there, and using this word is considered to be an offensive act.