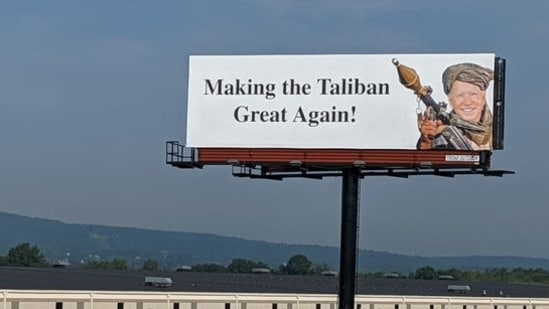 Weeks after the US accomplished its withdrawal of troops from war-torn Afghanistan, ending almost 20 years of fight, a bunch of billboards have now popped up throughout Pennsylvania – portraying US president Joe Biden as a Taliban terrorist and displaying the slogan “Making the Taliban great again”. In keeping with experiences, the billboard advertisements have been commissioned by former Pennsylvania senator Scott Wagner, who rented out a dozen billboards throughout highways at a value of about $15,000 to show a message that mirrored his anger over the US response to the Afghanistan scenario.

“What do you say to these veterans [who fought in the Afghanistan war]?” Wagner advised the York Day by day Report, reflecting on the pullout of US troops in Afghanistan. “It is like Vietnam, even worse.”