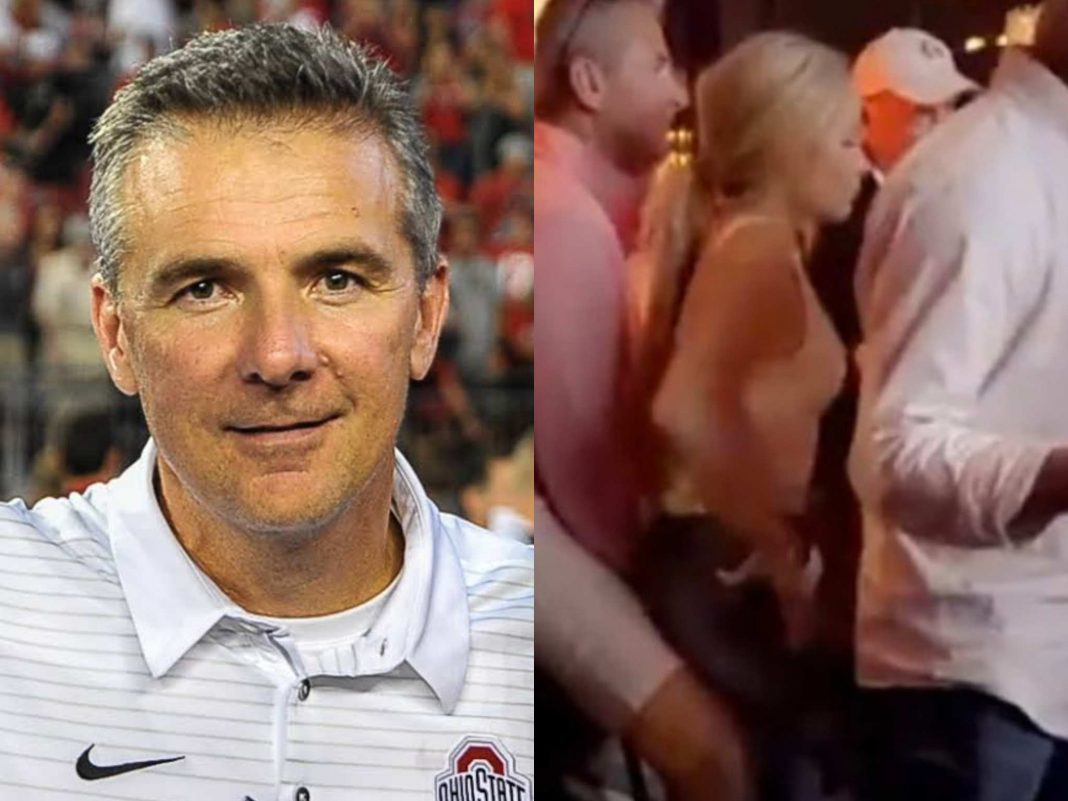 Urban Meyer is trending due to a leaked bar video where he was doing lap dance with a girl who is not his wife. One can check this original viral video in this article and verify whether is it real or not?

Is a girl in that bar dance video with Urban Meyer a wife of him?

The girl having a head on his shoulder is most likely the girl with Meyer in a viral video. The video shows Urban Meyer sitting and having a lap dance with that girl who is a college student. Till yet, the identity and social media handles of that girl is not known. But, she is not Urban Meyer’s wife. Because, at that time, Urban Meyer’s wife, Shelley, posted a picture of her babysitting and wrote ”Buddy Deserved a Night Out.” Many people on Twitter sympathizing with his wife and trolling Meyer for cheating and hanging out with someone else.

No official statement from Jaguar about viral video

Urban Meyer had a virtual call with the Jacksonville media on Friday afternoon. An official from the Jaguars said on Sunday morning, they are not delivering a statement or clarification about the coach’s viral video.

Meyer was very sad with the team’s fourth consecutive loss from the start of the season. The team was blown with a score of 14-0.

One can see the video is viral on Twitter and the coach is most likely Urban Meyer. Many people have trolled him under the reply section of this video. Also, people making memes around this controversy now. It is still not clear whether this video is taken on this weekend or it’s from the past.

The Jaguars played in Cincinnati on Thursday night opposite the Bengals. It’s not known if Meyer accompanied the team back to Jacksonville after their 24-21 loss or stayed behind in Ohio, his home state.