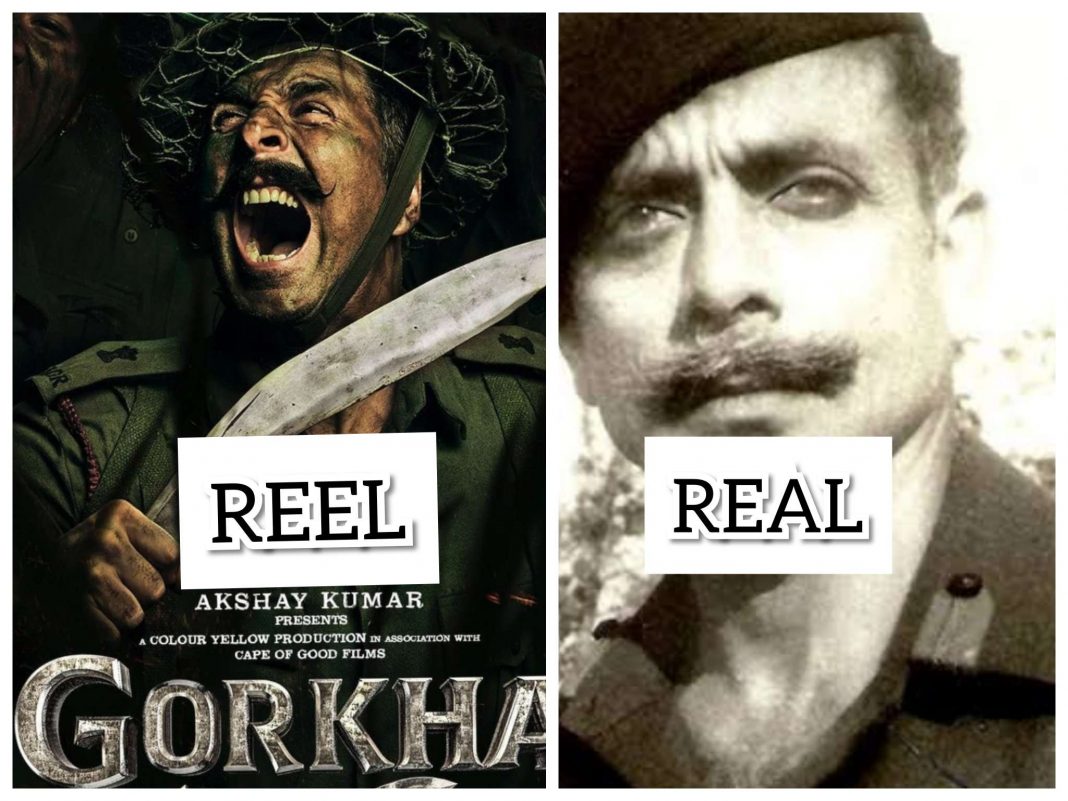 The valiant Gurkhas are the toughest nuts to crack. They are known to be the boldest, bravest soldiers that legends are made of. They never think twice before sacrificing their life or shedding their blood on any battlefield. They are straightforward. We are here talking about the real-life story of the bravest Major General Ian Cardozo of the world war who never thought twice in shedding his blood in battle makes us feel really patriotic and dedicated, also about his family, wife, and son.

Major General Ian Cardozo was a former Indian Army officer. He is known as the first war-disabled Officer of the Indian Army to command a battalion and a brigade. His life story of self-amputation during the war due to a war injury.

Ian Cardozo graduated from the National Defence Academy and then attended the Indian Military Academy, from where he joined the 5 Gorkha Rifles-Frontier Force. He was also commissioned & later commanding the 1st Battalion of the 5th Regiment of Gorkha Rifles. He has also served with 4 out of 5 Gorkha Rifles and has fought two wars alongside them-Indo-Pakistani War held in 1965 and the Indo-Pakistani War of 1971.

At the Indo-Pakistani War, which was held in 1971, Cardozo was attending a course at the Defence Services Staff College in Wellington. His battalion was already deployed in the eastern section of operations. The battalion’s second-in-command at that time was martyred in action, and Cardozo was ordered to replace him at that time. He arrived at his company in time to accompany them on the Indian Army’s first heliborne operation during the battle of Sylhet. He was popularly named Cartoons sahib by his Gorkha regiment as they found it difficult to pronounce his first name. Cartoons mean a cartridge in Hindi.

After the sudden fall of Dhaka, Cardozo stepped on a land minefield, and his leg was critically injured. Due to the non-availability of morphine or pethidine and the absence of medics, his leg could not be amputated surgically. He subsequently used his khukuri to amputate his leg. Afterward, his unit captured a Pakistan Army surgeon, Maj. Mohammad Basheer operated on Cardozo.

After his amputation, Cardozo had a wooden prosthetic leg. Despite this, he has maintained his physical fitness levels and beat several non-disabled officers in battle physical fitness tests.

After seeing that Cardozo could still walk through the mountains through snow and ice, Gen. Raina allowed him to command a battalion at the very exact moment. A similar situation also occurred when he was to take command of a brigade. He was promoted to Brigadier on March 1, 1984.

Ian Cardozo is married to Priscilla and has three sons with her. He is currently residing in New Delhi.

He served as the Chairperson of the Rehabilitation Council of India from years- 2005 to 2011. He is also several marathon runners and regularly participates in the Mumbai marathon on his prosthetic limb.

He has authored several books on the military history of India:-

This is known as one of the most spectacular and incredible real-life stories in the case of Ian Cardozo, an enterprising and young officer commissioned in the 5th Gorkha Rifles. It is formerly known as the 5th Royal Gurkha Rifles Frontier Force or “Hazara Goorkha Battalion” during the, 13 days long 1971 war, leading to India’s decisive victory over Pakistan. This war led to the drastic fall of Dhaka, the creation of Bangladesh, and the surrender of the Pakistan Army’s Eastern Command led by its General of charge, Lt. General A.A.K. Niazi before a relatively minor number of Indian Army commanded by Lt. General Jagjit Singh Aurora, GOC-in-Charge of Indian Eastern Command.

The historical significance of this war ended on December 16, 1971. It witnessed the surrender of approximately 93,000 Pakistani uniformed personnel without any resistance and the most significant number of prisoners of war (POWs) being taken alive– in any military operation worldwide since World War II.

Amid the First World War, 5th Gorkha Rifles was the first infantry formations to shed blood in the battle of Gallipoli, where killed almost seven other of its officers and approximately 129 men in the very first few hours of landing. Despite all the hardships, the company of the 5th Gurkhas was among the last troops to leave the battlefield.

At the beginning of the 1971 War, Ian Cardozo, attending a course at the Defense Services Staff College in Wellington, was ordered to join his battalion and replace the battalion’s second-in-command (2IC), who had just got been killed in action in the eastern theatre.

As per orders, Cardozo’s posting was canceled, and he asked to join duty after dropping off his wife Priscilla and three sons at home. He returned to Delhi by train on December 3. The war had already taken an ignition by this time, and there was a blackout in Delhi. Ian Cardozo went to Palam airport to catch a plane to Assam the following day, canceled it.

The train moved off the platform when he eventually went there, but he managed to pull the chain and board it. The next night, he reached Dharmanagar, where he met four young, badly wounded officers before hitching a ride in a jeep to go his battalion after a day and night journey.

Luckily, Ian Cardozo managed to join his battalion just in time for the As the Officer commanding the 5 Gorkha Rifles Battalion with 750 soldiers, Ian Cardozo was given to capture Atgam near Sylhet.

During the 1971 war, Maj Ian Cardozo accidentally stepped on a landmine while trying to help a wounded soldier. He didn’t realize then that it was a minefield till a land mine dug up by the enemy exploded off his left leg.

He was urgently rushed and taken to the battalion hospital. This was a severe problem to Cardozo in the battle-front of the field.

One of the most crucial and heart-warming decisions that young Cardozo had to take was to agree somehow to get his wounded leg chopped off or allow the pus and gangrene from the rotting infective wound to infect and damage the other organs, tissue, and muscles in his body. This was a dire and potentially life-threatening situation that required a quick and immediate decision. The next very swift decision that Major General Ian Cardozo took was to self-amputate his wounded left leg without any antiseptics or antibiotics.

As per the recent updates, for the significant celebration of the 75th independence anniversary, Akshay Kumar, the famous actor, will play the prominent role of Ian Cardoza in his biopic naming Gorkha. Anand L Rai produce that movie. Sanjay Puran Singh Chauhan directs it.

Major General Ian Cardoza was born on 7th August 1937 in Mumbai. India was under the colonial British government at the time when he wore.

Q.2 What is the main event of Major General Ian Cardoza’s life?

The main event of self-amputation during the war of his left leg is known as the most frightening and significant event of his life. An enemy exploded and flew his left leg, and the left was suffering from infection and gangrene. Due to a shortage of medical resources, he self-amputated his leg without antibiotics and anesthesia.

Q.3 Who is the wife of Major General Ian Cardoza?

Ian Cardozo is married to Priscilla and has three sons with her. He is currently residing in New Delhi.

Soldiers on borders have shredded their blood in the wars for our nation. Their patriotism, love, and respect for our country are immense and profound. Talking about the life of Major General Ian Cardoza gives us a tremendous feeling of patriotism and care for our nation too.