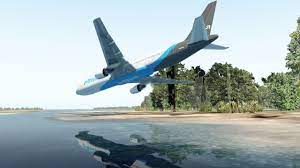 A Jet Plane MD-87 crashed in mid-morning of Tuesday just outside Houston, Texas. The emergency Team headed towards the plane crash scene of Houston Texas to rescue travelers.

The incident happened in a field in the southeast corner of Waller County, which is not too far from the Houston Executive Airport which is a public facility next to the city’s Energy Corridor.

News portals collected some photos regarding this incident and it clearly shows black smoke coming from the field on the spot of the crash.

How many people did injure in Houston Texas plane crash ?

21 people were on board a plane that was traveling to Boston. When the incident happened, they all came out safe. One person still got some injuries on back and has taken to hospital.

The information about aircraft came out when FAA investigated. The aircraft is McDonnell Douglas MD-87. The plane caught fire when tried to depart the executive airport just after 10 a.m. CT. This plane is registered in the name of  J. Alan Kent. J. Alan Kent is the owner of Flair Builders. Flair Builders build custom houses in Houstan.

When journalists talked to Flair Builders, they got to know that Kent was in-plane and they all were headed towards Boston for a trip to AL Championship Series games.

The National Transportation Safety Board is still investing in this incident.