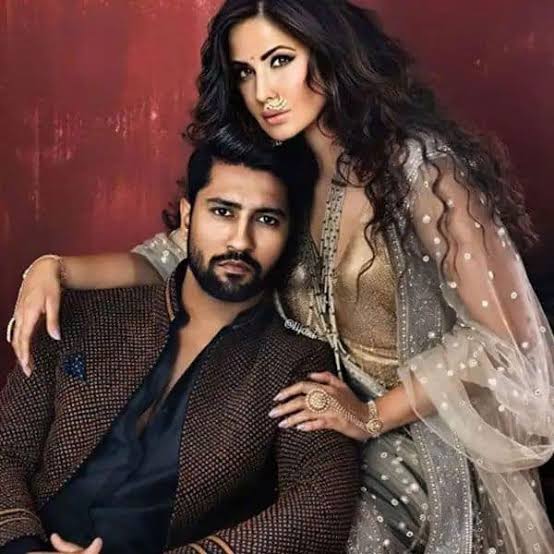 Katrina Kaif and Vicky Kaushal are the most celebrity Bollywood actors and actresses, and their fans eagerly wait for an official wedding announcement. At the same time, Katrina Kaif and Vicky Kaushal, as per the news, are still tight-lipped on when they might tie the knot. A new report has suggested well with all the sources that the couple are already prepping for their wedding ceremonies and are highly enthusiastic for their wedding dresses and rituals.

This directly came after Katrina Kaif’s team denied the rumors of the actress’s engagement with Vicky Kaushal back in August.

The current report is all about the wedding date of Katrina Kaif and Vicky Kaushal, who has been on the highest tagline in recent days, almost in all the media and newspapers. Let us dig the matter a bit deeper.

Since recent times, the famous Bollywood couple Katrina Kaif and Vicky Kaushal and their love story have taken a high jump on various internet platforms. Their wedding and Roka news are on fire.

As per the sources, their love story has been kept private. There has been no news on her recent statements about how they both met and got into the committed relationship.

In recent August 2021, social media was abuzz on fire with the news of Katrina Kaif and Vicky Kaushal’s engagement. While Katrina’s team denied the rumours, a new report by the ETimes news channel has now suggested that the couple are prepping for their wedding ceremonies and will tie the knot this December 2021. “The wedding will shortly happen in November-December,” said the source close to ETimes as official sources.

The source also revealed that Sabyasachi, the famous Bollywood fashion designer, will design Katrina Kaif and Vicky Kaushal’s wedding outfits. There is recent news that the selection process of fabrics for Katrina for her wedding lehenga will be a pure silk material stated by Katrina Kaif itself.

The marriage wedding venue of Katrina Kaidf and Vicky Kaushal is the Royal location of Rajasthan which is Six Senses Fort Barware in Sawai Madhopur located at Ranthambore National Park in Rajasthan. It is India’s first 6 senses hotel. Six Senses Fort Barwara is a 14th-century fort that has been converted to a Six Senses sanctuary and wellness spa and owned by Rajasthan’s Royal Family.

When Katrina and Vicky lied about their marriage

Last month, during an interview with several big and famous magazines, Vicky Kaushal was asked about rumours of his engagement ceremony. The actor blamed it on the paparazzi and was not in the trolling mood. He said, “The news was circulated by your friends (laughs). I’ll indeed get engaged soon enough when the time is right.

They are often spotted together. Katrina was seen at the special screening of Vicky’s latest outing, Sardar Udham, in Mumbai. Today on 27th October, the couple were clicked at their manager Reshma Shetty’s office.

Are Katrina Kaif and Vicky Kaushal getting married in Rajasthan’s Sawai Madhopur this December?

This tagline has been circulated on a firing speed currently. Not really, the actress told Bollywood Life in an exclusive interview. Katrina and Vicky are rumored to have been dating for a while now. Recently, a publication reported that the duo had finalized a royal palace named Six Senses Fort Barware in Sawai Madhopur for their wedding in the first week of December. However, Katrina Kaif has now denied all the rumors about her wedding. The actress told Bollywood Life that the stories aren’t true and she isn’t getting married.

Rumors about Katrina Kaif and Vicky Kaushal’s wedding surfaced once again after the duo were spotted together at celebrity manager Reshma Shetty’s office in Bandra on Tuesday.

The latest reports and sources stated in the current articles that preparations for Vicky Kaushal, Katrina Kaif’s wedding are in full swing. They both have decided to wear Sabyasachi Mukherjee’s creations. It is also being stated that they have already locked Six Senses Fort Barware, a resort in Sawai Madhopur, as their wedding destination. But are these reports accurate? For those who were waiting for confirmation from the couple, we have an update.

Yes, both are getting unofficially married. Even Katrina’s family were spotted by paparazzi while shopping for Kat’s wedding. The news have been spreading like wildfire ever since it came to light that the two of them are dating and committed to each other. A few days back, reports were also leaked about their ‘secret Roka and engagement’ surfaced on the internet platforms, and yet again, there are talks that the two of them getting hitched in the first week of December in 2021. The reports also stated that preparations are in full swing, and the couple has decided to wear Sabyasachi Mukherjee’s design to flow with their marriage rituals.

It is also confirmed that they have locked the location Six Senses Fort Barware, a resort in Sawai Madhopur, as their big fats wedding destination. For those who were waiting for confirmation from the couple, we have an update. In a recent interview, the ‘Sooryavasnhi’ actress has finally spilled the beans.

Summing up, this recent rumored news is True on fire and has hit the most searched questions and words on the internet as well. The exact mystery of them whether they are going to get married or not is still unbelievable. Different sources have stated differently as well. Let’s look forward to the coming December 2021 to verify their wedding plans and other happy married life. Read the above article on the wedding date of Katrina Kaif and Vicky Kaushal and avail the information.