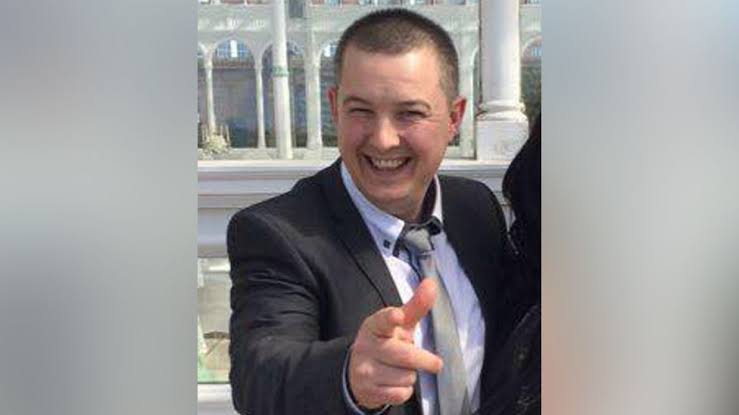 Who is David Perry?

Perry has since been discharged from the hospital and is recovering at home.

The driver, named David Perry, was injured when the cab he was driving exploded outside Liverpool Women’s Hospital just before 11 am on Remembrance Sunday. The massive explosion, which police have confirmed as a terrorism incident, has seen the UK’s threat level rise to severe.

Police also stated that the passenger in the car, who was killed in the blast, had brought an explosive material and a device into the taxi and had asked to be driven to the hospital. CCTV camera clips from the hospital also showed the station wagon approaching the hospital car park drop-off section at speed before the explosion. The taxi driver is seen exiting the vehicle before it is engulfed in flames.

Police said the driver was treated for injuries and has since been released from the hospital.

“Following discussions with Ordinance Disposal Officers, we can confirm that this is being treated as the ignition of an explosive device,” Assistant Chief Constable Jackson said. “Our inquiries also do indicate that the device was brought into the cab by the passenger. “We also do believe we know the identity of the passenger but cannot confirm this at this time.”

On Sunday evening, local time police arrested three men, aged 21, 26, and 29, at an address in Liverpool under the Terrorism Act and a fourth man aged in his 20s at a separate address on Monday morning.

Police said counter-terrorism officers would interview the men, and several properties were still being searched.

Assistant chief constable Jackson said the explosion had been declared a terrorism incident. However, police were still not sure what the motivation for the attack was. “Our inquiries do indicate that an improvised explosive device or material has been manufactured, and our assumption so far is that the passenger built this in the taxi,” he said. He also added, “The reason why he then took it to the Women’s Hospital is unknown, as is the reason for its explosion. “We are, of course, all aware that there were major remembrance events just a less distance from the hospital and that the ignition also occurred before11 am. “We also cannot at this time draw any connection with this, but it is a line of inquiry we are pursuing.“

The taxi exploded in the car park of Liverpool Women and Children’s hospital just before 11 am on Sunday. Boris Johnson has hailed the internet with the tagline “incredible bravery” of a taxi driver named David Perry caught up in the terrorist bombing outside Liverpool Women’s Hospital.

On Monday, the prime minister spoke to reporters while visiting a medical center in London, about 24 hours after a man died. A second was injured following the blast on Remembrance Sunday.

What have people said about Perry’s alleged actions?

Speaking about the incident on Monday, Boris Johnson said: “It does look as though the taxi driver in question did behave with the incredible presence of mind and bravery.”

And speaking on BBC Radio 4’s Today program, the city’s mayor Joanne Anderson said: “The taxi driver, in his heroic efforts, has managed to divert what could have been an awful disaster at the hospital.

“Our thanks go to him and our emergency services, and authorities have worked through the night to divert anything further, and we’ve all been on standby and in constant contact to provide any support that’s needed.”

Conservative Party chairman Oliver Dowden, when asked about the driver’s reported actions, told Sky News: “Isn’t that the case, the contrast between the cowardice of terrorist attack and the bravery of ordinary Britons up and down the country who put other people’s lives before their own. “We’ll have to see exactly what happened, but if that is the case, it is another example of true bravery and courage.”