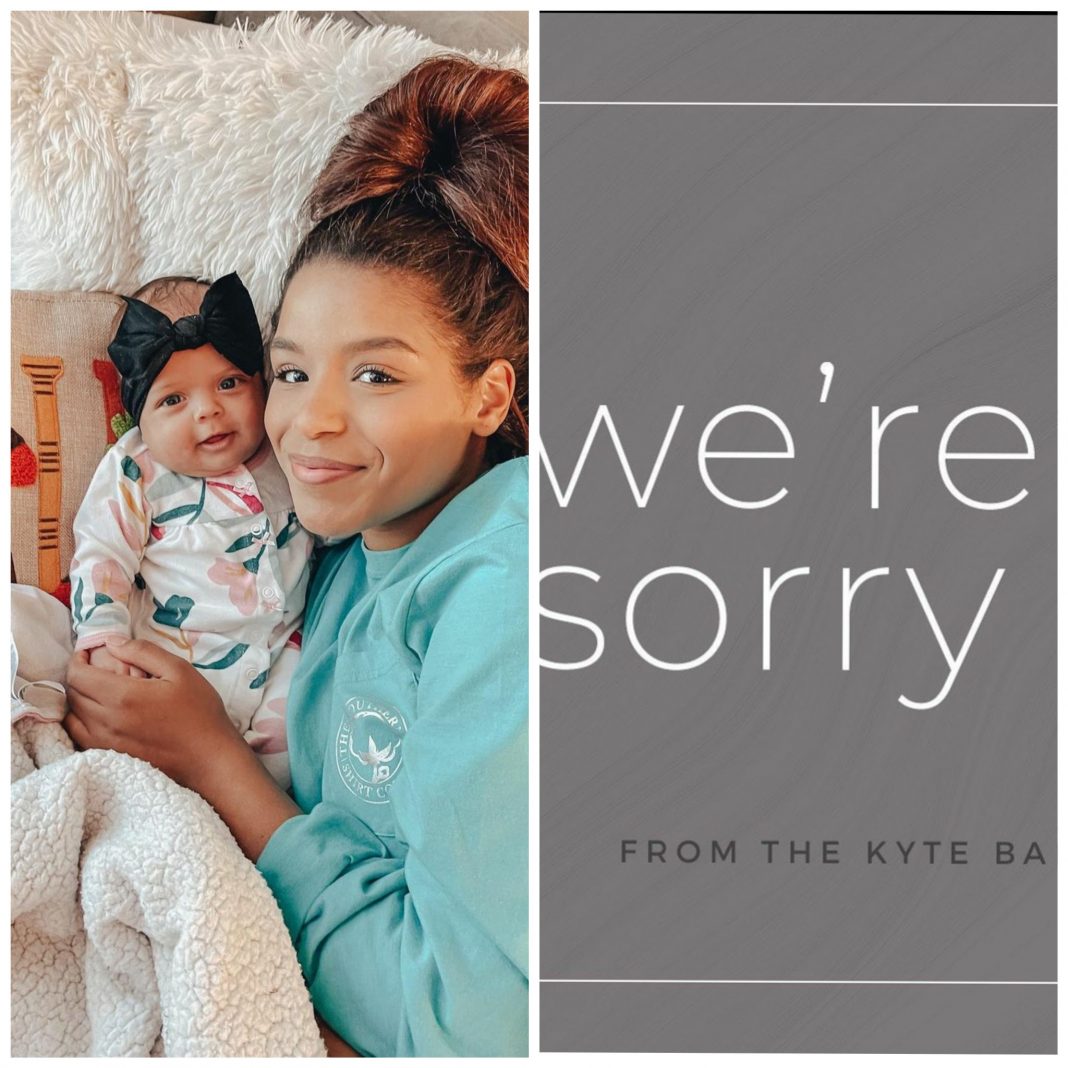 Kyte Baby and Maccall Deason got negative reviews due to their racial comments and it led to a new TikTok drama. But, how both of them are connected?

They are active on social media. Katy baby has 555K followers on Instagram and 46K on Twitter.

What is Kyte Baby ‘s TikTok drama regarding racism?

A lot of Kyte baby ‘s users criticized the brand on social media for the recent TikTok drama.

The owner of Kyte Baby made an urgent video regarding the controversy where she herself apologized for a mistake committed by her brand influencer.

Kyte Baby on its social media released a ‘Sorry’ picture and video to apologize. They said that, Again, we apologize and can only take this as an opportunity to work better, Thank You”.

Who is Mccall Deason and daughter Hazel?

Mccall Deason is a TikTok star who regularly posts videos regarding everyday life along with her daughter Hazel. She has 1.4 million followers on TikTok and 38.5 million likes. She started TikTok on Feb 2020 and in no time she is one of the emerging stars along with her daughter. Her first ever video on TikTok crossed 14 million+ views. She is married to Jermaine Hood. The couple has two daughters and the second one is born in Aug 2021 who’s name is Charlie.

People criticized Mccall Deasson Hazel as her tweets went viral on racism. She accepted her mistake and also ask for sorry. She also agreed on not being a good mom and not being able to take good care of her child. From now on, she will take care and will use good products for her child.

Mccall was also criticized for talking in a kind of strange way about her Daughter’s eye. She doesn’t like her daughter’s eye colour which is brown. She also tried to hide colour using different on-camera filters. She wanted to change the eye colour of her daughter and it was due to her racist thought. So, people criticized her heavily.

After getting through some comments, it came to know that her tweets were from the past. She accepted her mistake and apologized to all of her fans for hearting people’s sentiments.

Kyte Baby had to apologize for her activities but now everything is fine between both of them. Now, she will no longer work with Kyte Baby.