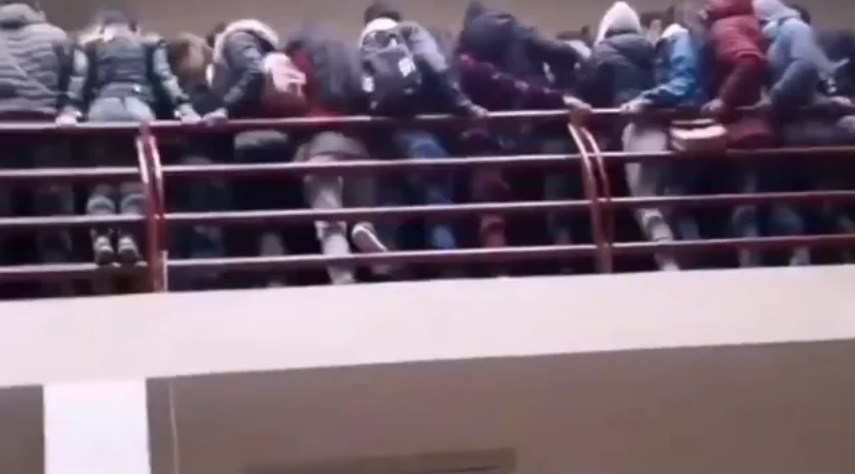 A incident that happened in Bolivia where 7 college students lost their life after falling from 4th floor as railing collapsed, other 4 were injured. The video of students fall from 4th floor of Bolivia College Incident is viral on Reddit.

This incident happened on March 3, 2021. But, still it’s one of the controversial and tragic event.

Where did this student falling from the 4th-floor incident happened?

The incident happened at the Public University of El Alto. Group of students packed on the balcony of 4th floor where the railing collapsed. The tragedy happened in University’s financial sciences building as students gathered in mass to attend lectures for an assembly.

One of the shocking things from that footage was where one woman pushed another on the railing before it collapsed. Police confirmed that they questioned that woman for investigation purposes and took her in custody.

“We regret the tragedy that occurred at the Public University of #ElAlto (UPEA), where there were several deaths and injuries,” Bolivian President Luis Arce wrote on Twitter.

Here is the viral video