Check ‘Nasa Picture Of The Day You Were Born’ 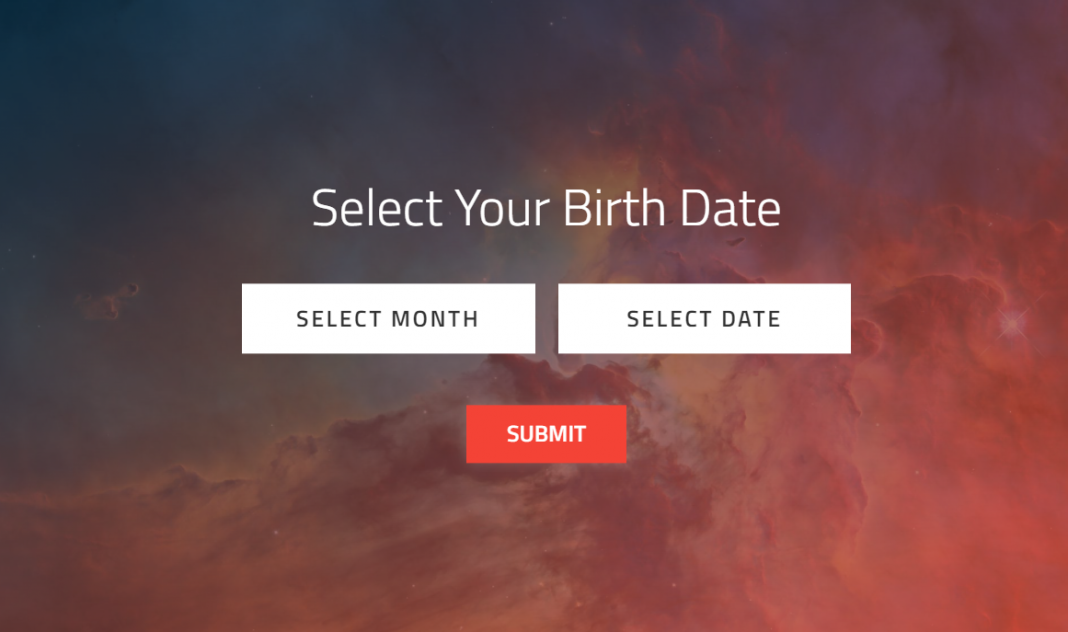 The Nasa Hubble Space Telescope runs 24 hours a day, seven days a week, and during that period, scientists have gathered an enormous amount of photos of the universe.

To put Hubble’s picture collection to the test, NASA offers a widget on its website that lets you enter your birthdate and view the image Hubble captured on that day. Users may input their birth month and day, and the gadget will cycle through its collection and show a fantastic picture captured by the telescope.

The tool’s findings may be shared immediately to Twitter, Facebook, and Pinterest using the buttons at the top of the picture. The space telescope obtained a bizarre image of a galactic tug-of-war in other Hubble-related news.

Hubble’s high viewpoint and superior optics enable it to see farther than ground-based optics can.

Hubble acts as a time machine because light takes time to travel large distances. The light it sees from distant objects shows how those things looked when the light left them, not how they seem now.

In 1995, scientists aimed the HST to a vacant stretch of the sky in Ursa Major, for example, and obtained a picture of almost 3,000 galaxies that were too far away to be seen by other telescopes. Some of the galaxies were so young that they hadn’t yet started to create stars. Other profound field observations were carried out in the exact location, gazing farther into space each time. The Hubble Ultra-Deep Field and the Hubble eXtreme Deep Field were two of them.

Hubble did more than only look at the early cosmos; he also helped scientists figure out how long it had been since the Big Bang. By examining a rare kind of pulsing star called a Cepheid variable, researchers were able to narrow down the universe’s age from the pre-HST range of 10 to 20 billion years to a more precise 13.7 billion years.

In the late 1990s, Hubble views of supernovae assisted scientists in making a surprising discovery: the universe’s continuing expansion is speeding up, owing to a mysterious element known as dark energy. Even though dark energy makes up most of the cosmos, we still have no idea what it is.

Astronomers have used Hubble to generate a three-dimensional map of dark matter, which is six times more prevalent than the “regular” matter that makes up stars, planets, and everything else we can see and touch. Most, if not all, large galaxies have supermassive black holes at their centers, according to the renowned telescope.

Hubble also studies individual stars at different phases of their life, from the dust clouds that produce newborn stars to the corpses of long-dead stars. It’s even been able to examine stars outside of our galaxy, the Milky Way, the Magellanic Clouds, and the Andromeda Galaxy.

What is the Nasa Picture Of The Day You Were Born?

Nasa and Michigan Technological University collaborate on the Astronomy Picture of the Day (APOD) website which shows Picture Of The Day You Were Born.

Since 1995, the project has been ongoing, with all photos archived in the APOD Archive.

Each day, a new picture or snapshot of our cosmos is presented on the website, along with a short explanation written by a professional astronomer.

The organization has previously provided magnificent photographs of space flares on the Sun’s surface and pink beams in the sky.

The crystal clear photographs have been lauded and even won prizes for their quality.

Nasa reported that the site had over a billion picture views and had been translated into 21 languages by 2012.

How To Use Nasa Hubble To Find Picture Of The Day You Were Born?

On your birthday, NASA also provides a platform that displays a snapshot of space. The website was created in 2020 to commemorate the Hubble Orbit Telescope’s 30th anniversary of its deployment into space in 1990.

Hubble investigates the cosmos 24 hours a day, seven days a week. However, unlike the APOD file, which enables you to pick the year you were born, the site merely allows you to select the day and month of your birthday, presenting the picture captured in a random year.

Step 2: Include the birthday’s day and month.

Step 3: The Hubble shot of the anniversary date appears on the webpage.

In 1610, when Galileo Galilei first looked up into the sky with a spyglass, he had problems seeing Saturn’s rings, which are now visible in affordable telescopes. Although advances in optics enhanced astronomers’ views of planets, stars, and distant galaxies, most of the light was still obstructed or distorted by Earth’s atmosphere for observers on the ground. Larger telescopes were, and continue to be, mounted on mountains, where the thinner atmosphere allows for crisper images.

Astronomer Lyman Spitzer suggested launching a space telescope in 1946, just after World War II ended, to address the constraints of ground-based observatories. According to a Hubble history written for NASA by Gabriel Olkoski, the group produced a report in 1969 under Spitzer’s leadership outlining the scientific uses of a Large Space Telescope and advocating for its creation.

The National Academy of Sciences pitched the Large Space Telescope to NASA, the only entity capable of making it a reality. NASA was already thinking about building a space telescope of some kind, but it wasn’t sure how large it should be or where to start. In 1971, NASA’s acting administrator, George Low, approved the formation of the Large Space Telescope Science Steering Group, and the agency immediately started pressing Congress for financing.

Initial Images That Are Blurry — And A Much-Needed Fix

Right away, Hubble ran several problems with his equipment. For example, the telescope’s initial photographs were so hazy that they were almost worthless in terms of science. Hubble’s 7.9-foot-wide (2.4-meter) primary mirror turned revealed to have a flaw – a spherical aberration caused by a manufacturing flaw. Even though the imperfection was just 1/50th the thickness of a sheet of paper, it was large enough to create serious image issues.

Hubble became a punchline in a slew of jokes circulated over the internet. A shot of Hubble appears in the 1991 film “Naked Gun 2 1/2: The Smell of Fear.” It hangs among photographs of the Hindenburg, the 1906 San Francisco earthquake, the Ford Edsel, and other well-known calamities on the wall of a bar named Loser’s Bar.

However, all was not lost since Hubble was built to be maintained by astronauts. The space shuttle Endeavour transported a crew of seven to Hubble on December 2, 1993, for five days of spacewalks. Two additional cameras were added during the repair, including the Wide-Field Planetary Camera 2 (WFPC-2), which ultimately captured many of Hubble’s most famous photographs. The first fresh Hubble photographs arrived on Earth in December 1993, and they were spectacular.

2021: A strange 250-light-year-wide “superbubble” within a nebula was discovered, as was a galaxy with surprisingly little dark matter and the birth of a Jupiter-size exoplanet.

2020: It was the 30th birthday of a mystery star-eating black hole discovered at the fringe of another galaxy.

2019: Photographed a spiral galaxy up close, which might help explain black holes, as well as the colorful end of a fading star and breathtaking photographs of the interstellar Comet Borisov.

2017: A massive exoplanet’s stratosphere was found, ultrabright galaxies were discovered, the furthest known active comet was seen, and many asteroids were accidentally discovered when they crept into investigations of a galaxy cluster.

2016: Close-up studies of Comet 252P/LINEAR), the discovery of the furthest galaxy known at the time, proof that the cosmos contains ten times the number of galaxies previously believed to exist, and detection of a black vortex on Neptune.

2015: New studies of the “Pillars of Creation” were made to examine how they altered over time. The most precise picture of the Andromeda Galaxy was caught, and the most acceptable 3D vision of the deep cosmos was obtained.

2013: Observed Comet ISON multiple times before it broke up near the Sun, investigated an explosion on a distant star, identified a new Neptune moon, and revealed insights about the Milky Way’s history based on photos of 400 galaxies in different phases of development.

The Hubble Telescope, according to Nasa, completes 15 orbits every day and travels at a speed of 480 kilometers per minute. The telescope, which has had five servicing in its lifespan, is not being retired. I hope through this article you have got all the information on how to check NASA picture of the day you were born.