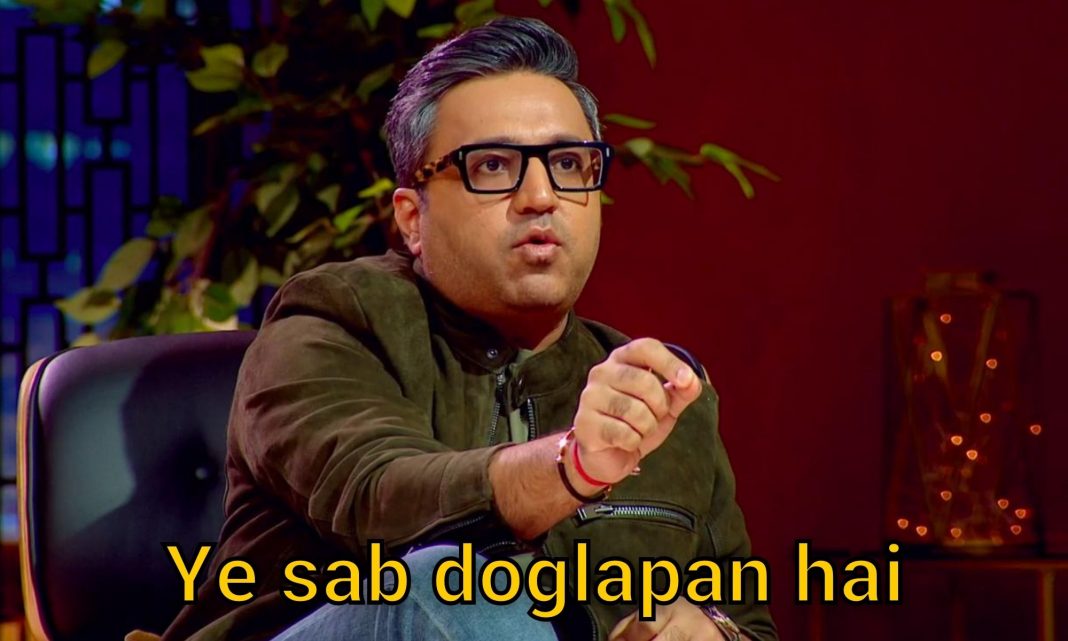 The Hindi word’Doglapan’ got famous because of Shark Tank India. A Shark Tank India judge Ashneer Grover used this word multiple times and most of the people want to know the actual meaning behind Doglapan.

What is the meaning of Doglapan in English?

It simply ‘Hypocrisy’ in English. People who do hypocrisy are called ‘Dogla’ in Hindi and the nature of behaving hypocrite is called Doglapan. In simple words, showing double standard means Doglapan.

What is the meaning of Doglapan in Hindi?

Ashneer Grover was seen using the Doglapan word in Shark Tank India and that made people curious to know reason behind it. There were some deals on Shark Tank India where pitchers behaved as a hypocrite. So, after seeing their hypocrite approach towards Sharks, Ashneer labeled them as ‘Dogla’ saying ‘this is Doglapan(hypocrisy).