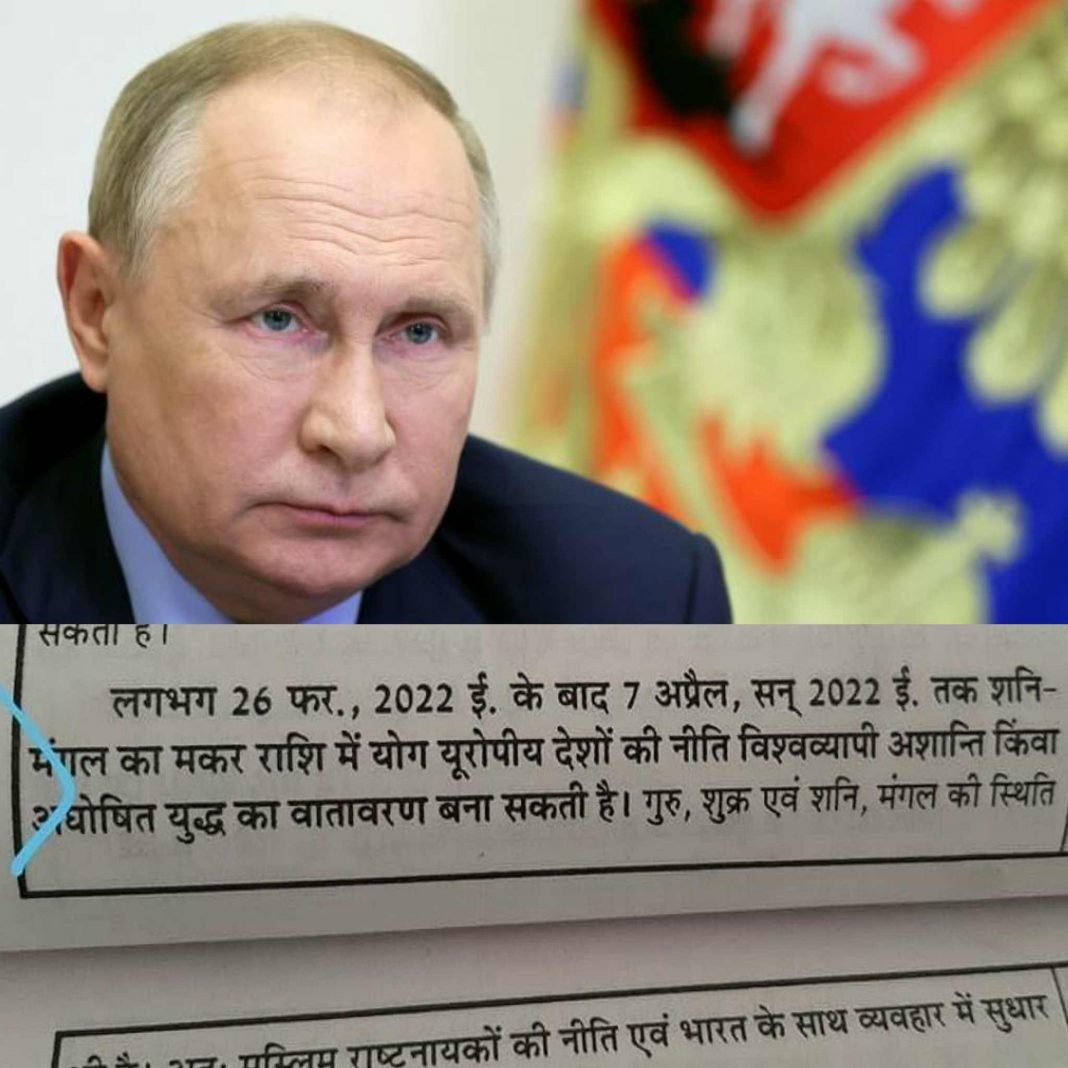 The tension in the war between Russia and Ukraine continues. After Ukraine’s request to India, PM Modi spoke to President Putin on Thursday. Meanwhile, a Hindu panchang is getting very viral on social media, in which it is being claimed that the war on Ukraine by Russia was already predicted in this Hindu Panchang.

Indian Prime Minister Narendra Modi spoke to Russian President Putin on a call on Thursday and appealed to take the war towards peace. There is still a lot of speculation around the world about the war between Russia and Ukraine, when it will happen and what will be the result in the end. In the midst of all this, a shocking thing has come to the fore that the Hindu Panchang Kishore Jantri had already predicted about this war 1000 years ago. Let us tell you about this news.

What does this Hindu Panchang says about Ukraine Russia War?

What is written in this Panchang? And what is this Panchang that predicted such a big war? Actually, this Indian calendar is Kishore Jantri 2022, whose picture is going viral on social media. It is being said that it was already written that from 26 February 2022 to 7 April 2022, the sum of Saturn Mars is being formed in Capricorn. Under which the policy of European countries can become the cause of worldwide unrest. This situation can create an atmosphere of undeclared war.

Not only this, it has also been written in Kishore Jantri Panchang 2022 that the position of Jupiter, Venus and Saturn, and Mars is also there. Because of this, it is possible to improve the policy of Muslim Countries and their dealings with India.

What is this Kishore Jantri Calendar?

Kishore Jantri Calendar is a Panchang Calendar that informs about all Indian festivals, holidays, etc. This comprehensive calendar, offered by AstroSage, gives you accurate date and day information of all the important events that occur every month. One can get more information about Indian holidays and regional festivals now with the help of this Indian calendar.

A lot of people who are firm believers in astrology use this Panchang calendar to take their decisions about an important life events.