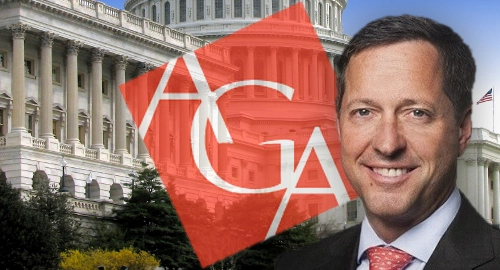 In 2021, the United States noted a significant rise in gambling, and the predictions are it’s only going to continue. According to the commercial gaming revenue tracker by American Gaming Association (AGA), the gambling industry accumulated a record $53 billion in revenue. Due to COVID-19 and its ramifications which affected economies across the world, the revenue in 2020 has seen a sizable drop. However, compared to 2019, when the last record was reported, 2021 delivered 21% higher earnings for the gaming sector.

💥📈 NEW: 2021 set a new record as the highest-grossing year ever for the U.S. commercial gaming industry, reaching $53B in revenue.

Even though the gambling industry hasn’t had its in-person coverage fully restored to the pre-COVID standards, brick-and-mortar casinos continue to take the lead, encompassing about 85% of the total revenue. The most sought-after are combined slots, sportsbooks and table games. The interest in slot machines has grown up to 10% compared to 2019 and 1.1% for table games.

Among the top three regions with the best results when it comes to in-person gambling, Las Vegas remains the leader, with $7 billion in gross revenue. Atlantic City follows with $2.6 billion in second place, and Chicagoland with $2 billion in the third.

New Jersey and 7 new markets take the credit for the attention sports betting has been getting. Furthermore, 6 out of 7 have made annual records. For the second year in a row, New Jersey has settled at the top in sports betting, taking $815 million in revenue with Illinois, Pennsylvania, Nevada and Michigan just behind.

Six states who have legalized online gambling have generated $3.71 billion for the industry in the last year, with the new contributors to the market being Connecticut and Michigan. The first place goes to New Jersey, while the second and the third belong to Pennsylvania and Michigan. In addition, a new record was made as each country reached $1 billion in revenue. In New Jersey, online gambling currently stands for a fourth of the state’s total gambling revenue, and it’s expected to continue to rise.

Despite the official report not being available yet, the American Gaming Association predicts that the Native American casinos could garner between $35 and $40 billion in revenue.

The plans for further expansion of the gambling industry in the US are already in motion. Online sports betting launched in New York on January 8, 2022, and in the first 30 days, around $2 billion in wagers were placed. Thanks to a steep 51% tax, for this period alone, an impressive $70 million in tax revenue is due, according to the state Gaming Commission. Gov. Kathy Hochul expressed her excitement about the further development of mobile sports betting and that they’ll make sure it continues to be a success. By the law, the collected tax money would go to education, youth sports programs, gambling addiction treatment and property tax relief.

While the Big Apple proved to be a success, there were expectations that New Jersey would take a big hit because of the competition. However, that didn’t happen. The Garden State had $1.3 billion in wagers at the start of the year, taking more than $60 million in tax revenue.

Other states are also considering the legalization of the gaming industry. Discussions are taking place in Georgia, Hawaii, Kansas, Massachusetts, Missouri, and Oklahoma on the topic of sports betting, while Indiana Massachusetts and New York are debating about online gambling.