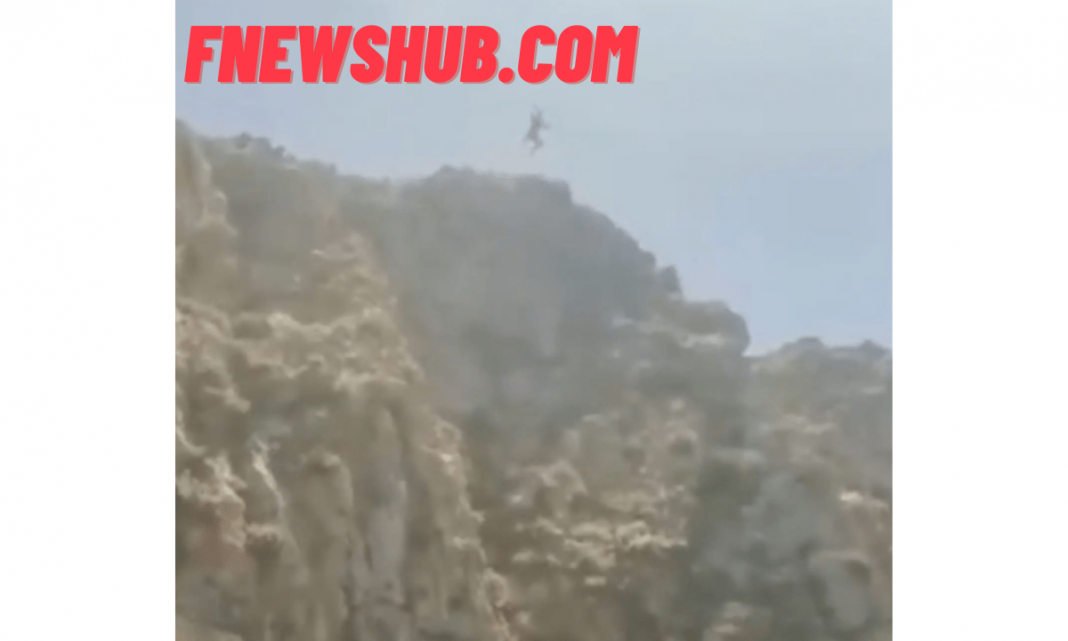 Accidents are some of the most heart-breaking occurrences. The latest incident that joined the group of the case is the Spain cliff jumping death that misjudged his footing while jumping off a 100-foot cliff and ended up falling to death and that her family recorded too in disbelief.

The graphic footage of the video has been obtained and that is warned not to be watched by sensitive peoples as it is extremely hard.

The half-a-minute clip shows that they started off smooth, and that is before mid-air the man realizes that he made a fatal judgement on his jump. He can be heard screaming fearfully as he quickly plummets to the ground, followed by a crashing sound that will leave your spine chills down to your back.

The whole thing was meant to be a stunt; the man rented a boat with the intention for his wife to film him going viral. Sadly, she ended up doing just that for no reasons.

Details about his identity, but he is said to be a 31-year-old Dutch tourist with a wife and son, both who were there to witness his demise. As his body was drifted away in water after his life taking fall in the Malgrats Isles by Santa Ponsa, Guardian Civil divers were informed and found his dead body.

Reportedly, his family is receiving counselling at this time and we wish for their speedy recovery.