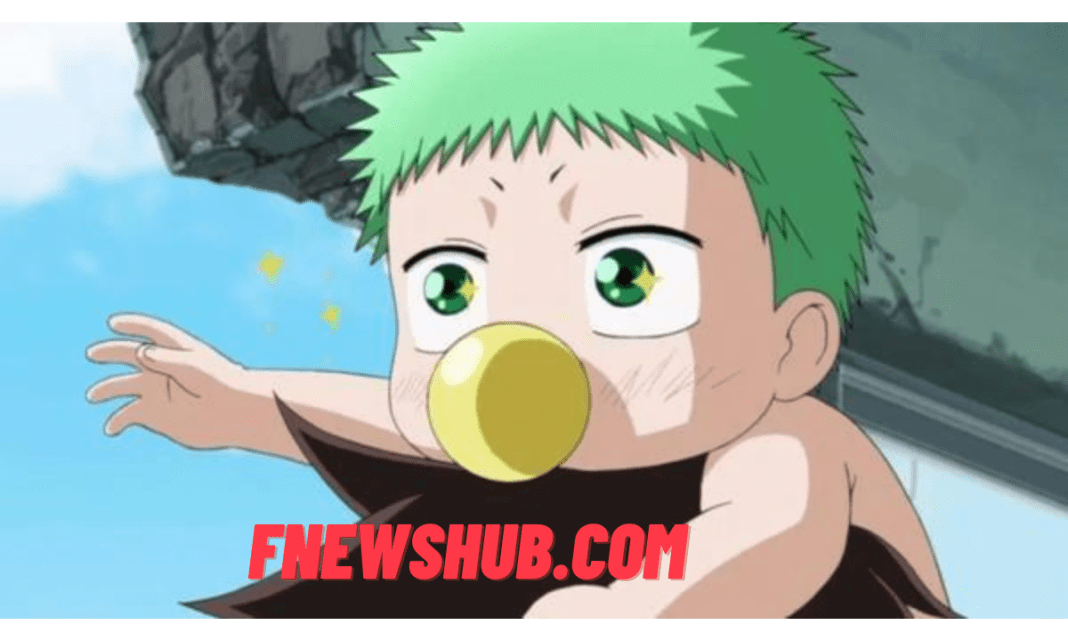 bby_ Beelzebub is a Japanese manga written and illustrated by Ryuhei Tamura that appeared in Shueisha’s Weekly Shonen Jump magazine from February 2009 to February 2014. bby_ Beelzebub was published first as a one-shot by Tamura in Weekly Shonen Jump’s 2008 volume 37-38, where it won the fourth Gold Future Cup. It was then serialized in the same magazine starting in its thirteen volumes in 2009.

A spin-off series has been published in sister magazine Jump NEXT!., starting with the Spring 2014 issue.

Tatsumi Oga is a first-year student Ishiyama High School, a school for delinquents, where he is called the “strongest ore and the man splits in half, revealing a baby boy. This boy, bby_ Beelzebub, is the son of the demon king, and Tatsumi, along with bby_ beelzebub’s demon maid Hilda, has been chosen as the one to raise him. The baby is always n*ked but Animax has edited it and shown that Beel is wearing a diaper.”

An imaginary city of Ishiyama is found in the South Kanto. The setting is Ishiyama High School Oga’s house Furuichi’s house Saint Ishiyama Academy, Akumano Academy, and the Demon World.

It was July 2010, an OVA was announced and aired on October 23 at the Jump Super Anime Tour 2010 at its first stop in Fukuoka. An anime series was confirmed in August 2010. The anime series was produced by Studio Pierrot and retained all the original cast from the OVA. It began arising in January 2011 and finished on March 25. The creator never said why he ended it, but the manga continued on. The title of the last episode is “I won’t Say Goodbye,” episode 60.