Is Will Byers Painting Leaked from Stranger Things? What was in it? 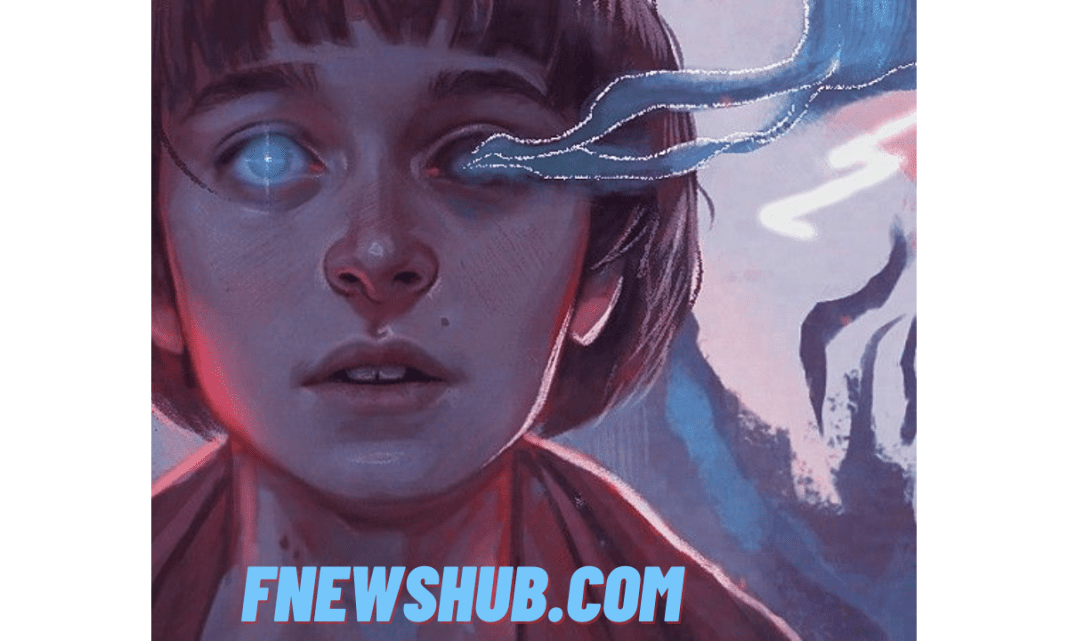 It is nearly three years; everyone’s favourite Netflix series is back! It was Friday 27th May when the first seven episodes of the highly-anticipated fourth season of Stranger Things, and things are more mysterious than ever.

One of the horrifying threats known as Vecna on the loose, it is tough for fans to discern what would happen in the end. Is anyone aware of the “The Party” die? Will Eleven (Millie Bobby Brown) get her powers back and save the world? Let us know what has happened?

As of now, let us discuss about the biggest mystery Will Byers Painting, what is there in the painting? What does he paint there? Keep discussing for all the details as we will discuss some of fan theories.

It’s been nine months as the Battle of Startcourt, and four of the main characters have moved to California to escape the horrors of Hawkins- Joyce (Winona Ryder), Will (Noah Schnapp), Jonathan (Charlie Haeton), and Eleven.

So now they had a reintroduction, Eleven writes a letter to her boyfriend, Mike (Finn Wolfhard), and tells him all about the quarter’s new life on the West Coast. After diving into Joyce and Jonathan’s lives, she directs her attention to Will.

Eleven informs Mike that he is painting a lot but does never aggress to show the painting or what he is working on. He suggests that he might be painting for a girl he like; however, is not the case and once Will abruptly rejects a girl who tries to play footsie with him in class. Also, eagle-eyed fans have noticed that Will carries then painting with him everywhere he goes with Mike… could it be?

Although the artwork has not yet been revealed and hopefully we get to see it in the next season, but there are several fan based theories that are made about Will Byers Painting leaked that indicated that the painting piece is for Mike.

Now will’s sexuality has been at the centre of several Stranger Things-centric discussions over the years, and as per viewers, this minor storyline points to Will having feelings for his best friend.

Let us see what the fans have to say about the possibility of Byler becomes a reality due to Will’s paintings.

What Stranger Things fans in general believe about Will Byers Painting?

As Will Byers Painting have played a major role since the start and has also played a pivotal role in the overall story by providing major clues to significant events in the series; like his art in Season 2 revealed a map of the underground tunnels in Hawkins.

With this in mind, could Will Byers Painting play a part in stopping Vecna? Fans are convinced that it is for Mike.

How are you all blind to Will Byers Painting over Mike? In 4th Season Episode 1, El writes to Mike that Will was acting strange because he probably likes a girl, he is painting something special for someone- said one fan on Twitter. “Then, when Mike gets off the plane, he has that painting with him!”

Another fan said- “Will definitely has a crush on Mike or something like in the beginning, El was like he is making a painting for a girl’ or whatever then he brings that painting to Mike at the airport I MEAN CMON.” While other users are simply manifesting Will shows Mike his painting soon or they will sue Netflix.

A group of folks speculated that Will specifically painted for Mike. The painting options include either Will and Mike are kissing, holding hands, or their initial encounter with each other at a swingset when they were younger.

Whether the painting depicts any of these theories remains to be seen. But, we do not know that the painting is significant to Will’s character growth, sexuality, and development in the action-packed fourth season of the sci-fi sensation.