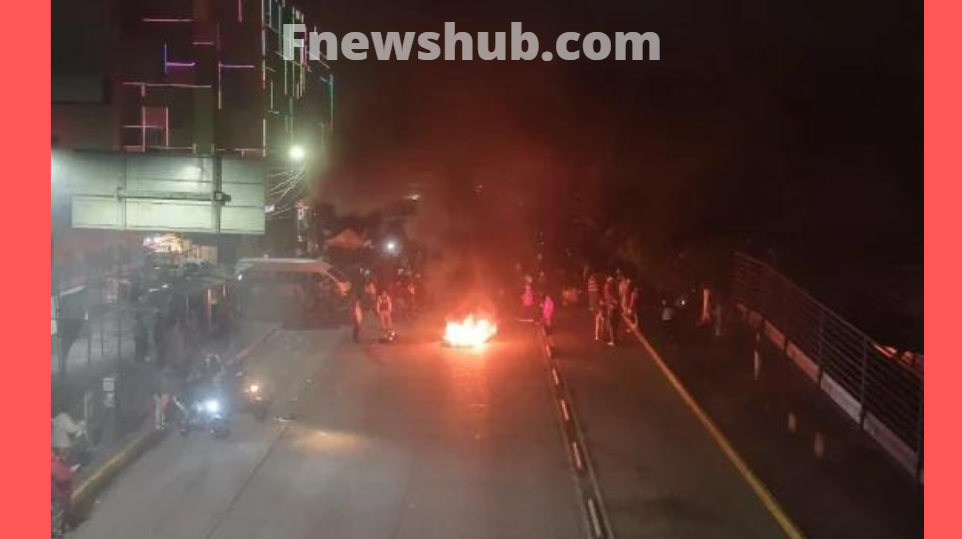 Bloqueo López Portillo: The neighbors warned that they will not leave until the Mexican authorities inform them that the alleged aggressor of several preschool children has already been arrested.

What is Bloqueo López Portillo Controversy?

Bloqueo López Portillo is about a protest on Teacher who allegedly r*ped kids. Dozens of neighbors bloque (block) the Vía José López Portillo (Gate), at the height of the Ejidal Emiliano Zapata neighborhood, at the DIF station of Line 2 of the Mexibús, to demand the arrest of a teacher who they accuse of s*xually abusing several children of a preschool located in the Vista Hermosa neighborhood.

The dissatisfied are parents and neighbors who bet on the road that connects Ecatepec with Coacalco, Tultitlán, Tulepetepec, Cuautitlán Izcalli and the North Peripheral.

To protect themselves from the rain, they placed tents on the rails, which prevents, in addition to the circulation of private vehicles, public transport of passengers and cargo, the articulated units of Line 2 of the Mexibús.

The demonstrators took used tires and set them on fire, because they demand that a teacher from the Concha Villarreal kindergarten be arrested, who allegedly raped several of the students who are enrolled on the campus.

The neighbors warned that they will not leave until the Mexican authorities inform them that the alleged aggressor has already been arrested.

During the morning, elements of the Municipal Police went to the school, at the request of the parents, to arrest the mentor, but he was no longer in the educational center. They also accused the director of protecting him, so they demand punishment for her.

The Attorney General of the State of Mexico (FGJEM) reported that relatives of two children appeared at the Public Ministry agency in the center of Ecatepec to report the crime of sexual abuse. Official Tweet about bloqueo lópez portillo:

The informative part established that the unit is carrying out an investigation for the alleged crime of s*xual abuse against two minors and that the Institution is integrating both investigations to identify, arrest and present to the judicial authority whoever has committed this illegal.

The closure of the bloqueo Vía López Portillo causes severe traffic congestion in the entire area of the Valley of Mexico.