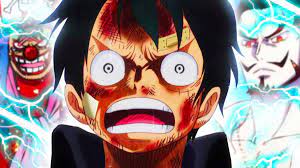 After recent occurrences, One Piece Chapter 1057 will be riding a massive wave of hype-worthy buildups. The following chapter won’t be available for a bit because Shonen Jump is on a break this week.

Remember that Eiichiro Oda’s scheduled breaks are not included in this; hence, there may be additional breaks in the future.

The new theatrical Red film’s release and following explosion have put the One Piece series into high gear.

The new film, which currently has a gross of an astounding 5 billion yen, not only had the largest launch for a One Piece film in history but also the second-biggest debut day in Japanese box office history.

It is now the turn of the One Piece manga series to attract attention as rumours of a potential delay circulate online.

Release date and delay explanations of One Piece Chapter 1057

This week will see a brief break for the One Piece manga series in Japan, which will prolong the wait for chapter 1057 for fans all over the world. According to reports, the delay resulted from a holiday planned at the Shueisha headquarters, the group responsible for the domestic publication of the One Piece manga.

This implies that every Shueisha product, including One Piece, Black Clover, My Hero Academia, and Jujutsu Kaisen, has been delayed for at least the upcoming week.

The good news is that the delay for the One Piece manga is not anticipated to be very long. Since then, Viz Media has verified that One Piece chapter 1057 will now debut in English around the globe on Sunday, August 21.